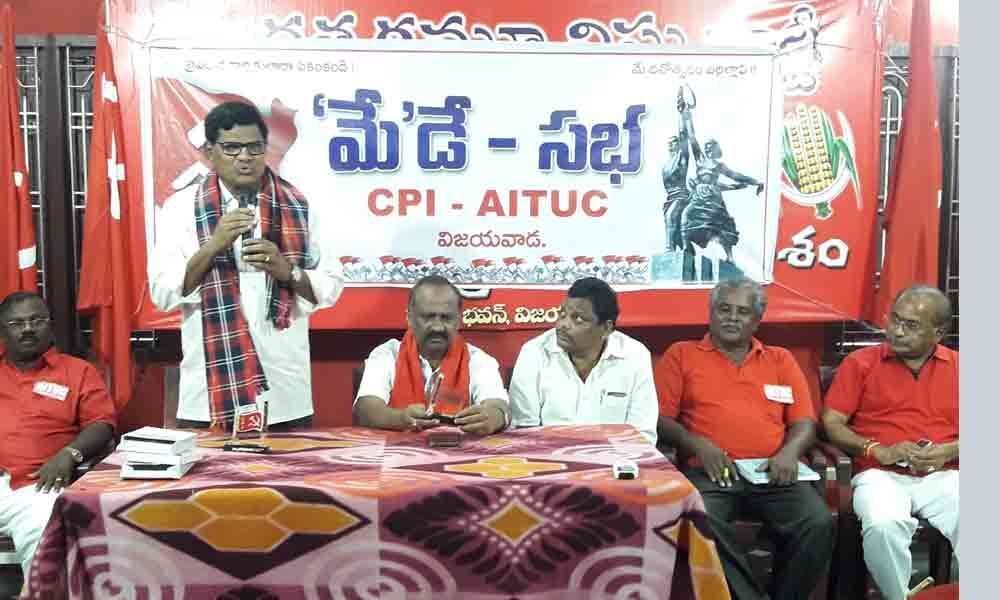 Addressing the May Day celebrations at CPI city office here on Wednesday, he said the governments were encouraging private organisations instead of government institutions.

He said Prime Minister Narendra Modi failed to provide employment though he gave promise to people of country during the 2014 elections that he would recruit a large number of unemployed youth. He said that the governments were neglecting the problems of employees.

He further said that there was only the way to fight against the anti-labour policies and steps to get justice.