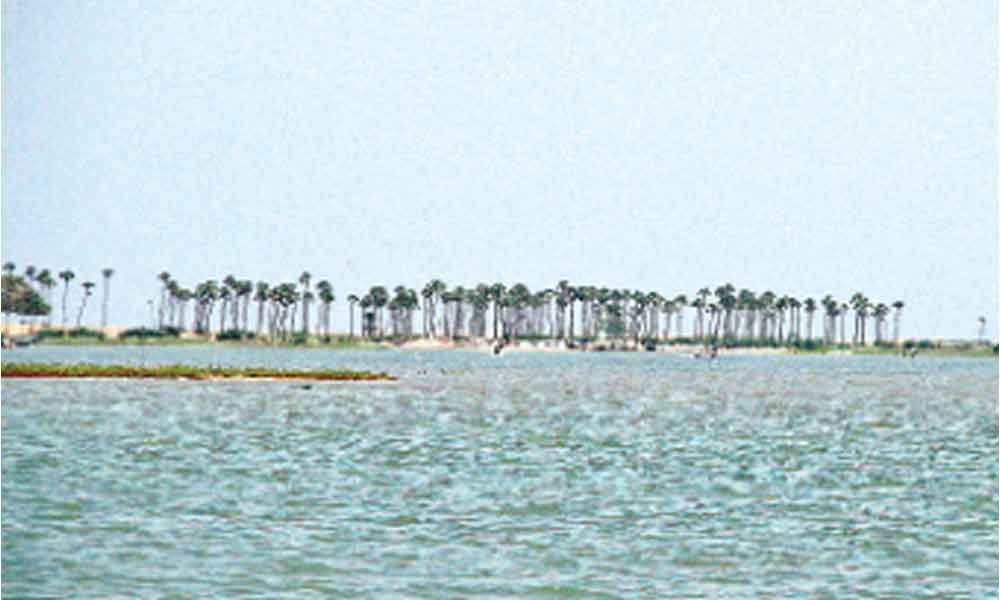 The project is being funded by the IIT Delhi and Centre for Studies of Bay of Bengal, Andhra University which was started in Aug 2018

Nellore: National Centre for Coastal Research (NCCR), in association with the IIT Delhi and Centre for Studies of Bay of Bengal, Andhra University, has taken up a survey on damages to the ecology of Pulicat lake due to closure of three inlets during the non-monsoon seasons.

The 18,440-hectare Pulicat lake is the second largest brackish water lagoon in the country. At the southern end, it opens into the Bay of Bengal through a narrow mouth. There are three sea mouths at Tupilipalem, Pudirayadoruvu in Vakadu Mandal of Nellore district and also at Palverkadu in Tamil Nadu.

The inlets are gradually becoming narrow with sand formation due to northbound wind. The Buckingham Canal that runs parallel to the lake and the rivers the Swarnamukhi, the Kalangi, the Araniar and the Royyala Kalva open into the shallow lake. Thousands of farmers and workers living in the lake region eke out their livelihood by fishing in the lake.

The previous government allocated Rs. 48 crore for opening the mouths, but the feasibility studies are going on by the NIOT, SACON, and other research institutions. Meanwhile, the NCCR started studies from August 2018 on the issue of the impact of the closure of the mouths on the lives of the communities and also on the lake's ecology.

The present study is focusing on the analysis of satellite data, historical data, primary and secondary data related to the physical and biogeochemical parameters of the lake system.

The Project is being funded by the Centre for Studies on Bay of Bengal of Andhra University and also by the IIT-Delhi.