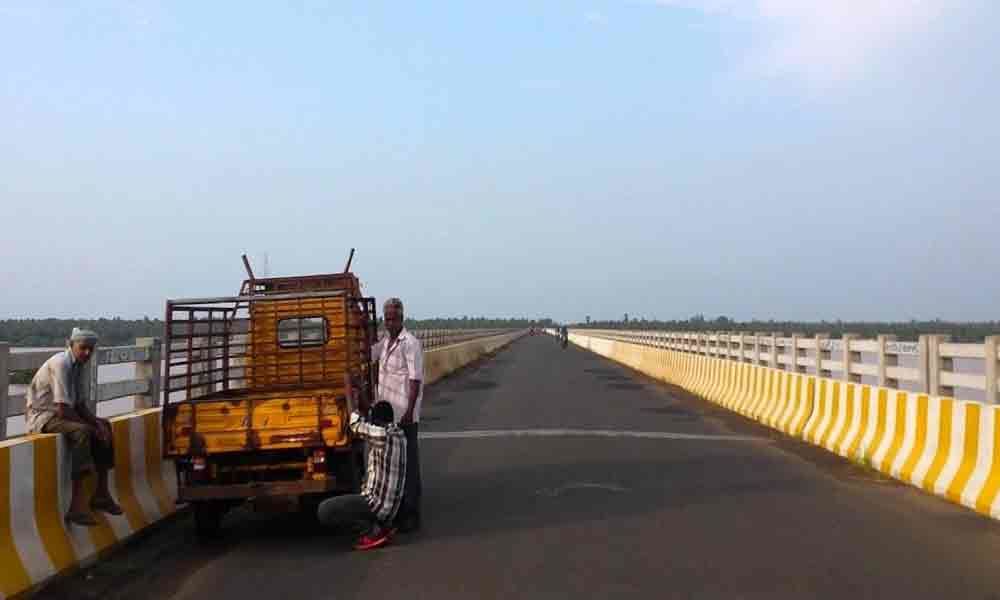 The National Highway-216 from Kathipudi in East Godavari to Ongole in Prakasam district for a distance of 456 kilometres along the seacoast covering West Godavari, Krishna and Guntur districts is said to be a boon for transport needs of these districts.

Kakinada: The National Highway-216 from Kathipudi in East Godavari to Ongole in Prakasam district for a distance of 456 kilometres along the seacoast covering West Godavari, Krishna and Guntur districts is said to be a boon for transport needs of these districts. The highway starts at Kathipudi cutting NH-16 between Visakhapatnam and Rajamahendravaram and reconnects the same at Ongole after passing through the five coastal districts.

As far as East Godavari is concerned, the NH passes from Kathipudi to Kakinada and from there to Yanam(Union Territory), Amalapuram, Bodasakurru and Chinchinada to Bhimavaram in West Godavari. From there it passes through Machilipatnam, Odalarevu in Guntur district and there to Ongole in Prakasam district.

As far as the road development is concerned, the stretch between Kathipudi and Kakinada for a distance of about 38 kilometres has been widened as four-lane road of 10 metres each stretch. From Kakinada suburbs a bypass road is under progress from Atchampeta in Kakinada rural to Uppalankamondi in Karapa mandal for a distance of about 20 kilometres touching Madhavapatnam, Kovvada, Turangi villages in Kakinada rural, Chollangi village and from there to culvert at Uppalamnkamondi with ROB near Sarpavaram junction railway station with an estimated cost of Rs 150 crore.

As far the road widening is concerned, the process is going on in Amalapuram area as four- lane road. Besides this, the flyover at Bodasakurru near P Gannavaram is under progress. The NH 216 authorities are hoping to complete the four-lane road by last quarter of 2019 and the flyover works for both bypass roads at Kakinada rural and at Bodasakurru by 2020-end.

AICC secretary and former MLC from Konaseema area in East Godavari, Gidugu Rudraraju felt that the NH 216 will benefit immensely for the people of these parts for transportation of agriculture produce, fish products and industrial produces. This region needs the highway as there is no rail connectivity to Konaseema region in East Godavari.