Lockdown relaxed for transportation of goods in Kadapa 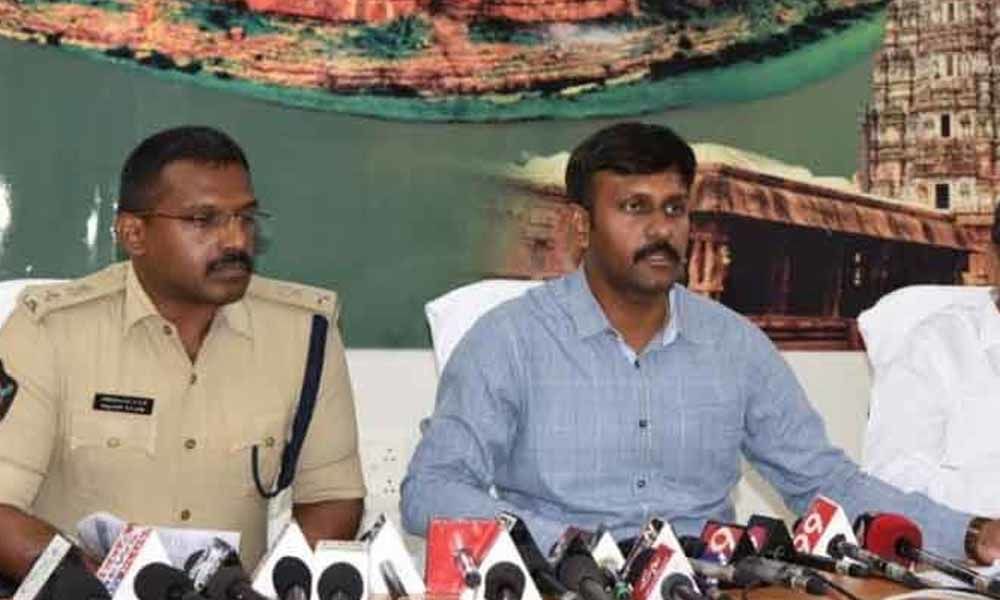 District Collector CH. Harikiran has said that farmers need not worry over transporting their produce either within the district or outside areas with ...

Kadapa: District Collector CH. Harikiran has said that farmers need not worry over transporting their produce either within the district or outside areas with the government has relaxed the norms for transporting them without any restrictions.

He said that these goods are perishable as there will be the possibility of farmers incurring losses if they fails to sold them intime. He said that administration also facilitates godowns to the farmers at free of cost to store their produce.

He said that following directions of the government section 144 were extended up to 14 th April in view of the intensity of the situation. However, people need not worry over securing essential commodities as they were permitted them to purchase them from 6 AM to 1 PM every day and hospitals, medical shops would be opened round the clock in the interest of people.

He said despite there was lockdown in force norms relaxed for emergency services like transport carrying goods Electricity department, revenue, petrol, Gas, post office, police, banks, print and electronic media as he directed the police not restrict these departments.

The Collector has analyzed that as many 300 people against 3,917 return to Kadapa from abroad countries have completed their quarantine period and remaining were under the procedure.

He said that as many as 18 suspected cases the district were referred to labs for tests proved negative. He urged the people to immediately inform to the nearby hospitals or PHC's whenever noticed suspected persons in preventing the spread of Coronavirus. Joint Collector M. Gouthami and others were present.