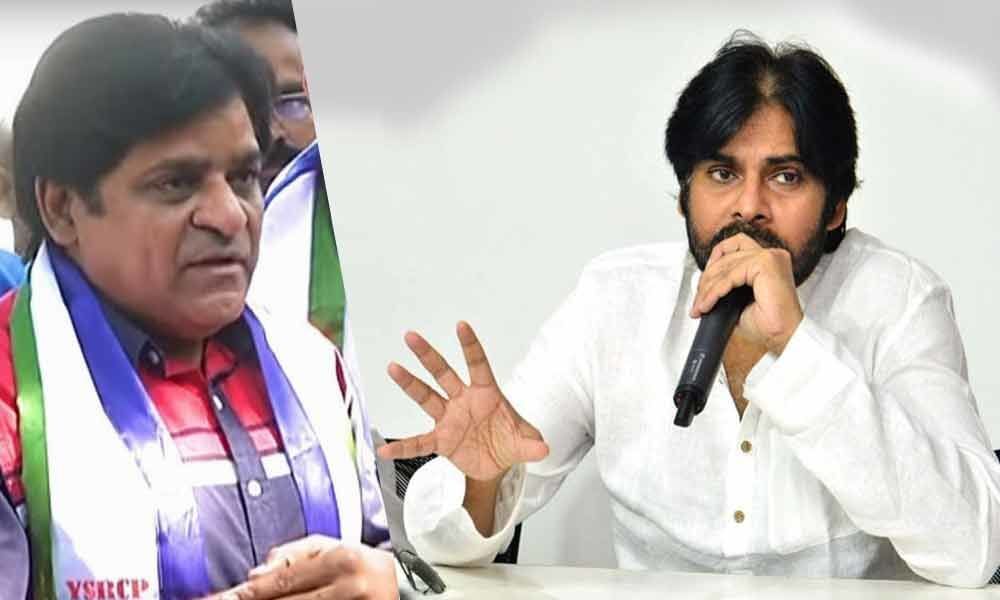 The Janasena party chief Pawan Kalyan has made the sensational comments on his close friend, actor Ali.

Hyderabad: The Janasena party chief Pawan Kalyan has made the sensational comments on his close friend, actor Ali.

Pawan Kalyan said he has trusted Ali as a friend but he has cheated him and went away. The Janasena has given Narasaraopet MP ticket to the candidate recommended by Ali, but in spite of Janasena, he has joined YSR Congress party.

The Janasenani has said, that is why he is not trusting anyone, he only believes in the people. While speaking at the elections campaign in Rajahmundry Pawan Kalyan has made these comments.

The Janasena party chief said that I have given the MP ticket to the person whom Ali has recommended, But my friend has joined YSRCP. If there is any need for him I was always there to support him. What should I do if a person like him also leaves me? This is what friendship is? That's why I have stopped trusting friends and relatives. Ali, the person whom I loved so much has not trusted me. He has not trusted my victory. Today YSRCP will use him and later leave him. I didn't want people like Ali. I only believe in the people.

Ali and Pawan Kalyan are the best friends in Tollywood, expect one or two films, Ali is almost seen in all the movies in which Pawan Kalyan has acted.

Not only in films their both are very close even outside. But recently these two have chosen two different ways.

In the beginning, it was said that Ali will be joining Janasena party, but later on, he joined YSRCP. He is also seen campaigning in the support YSRCP.

Earlier Pawan Kalyan said that friendship and politics are two different things, but PK's latest comments on Ali has become a point of discussion in the state.