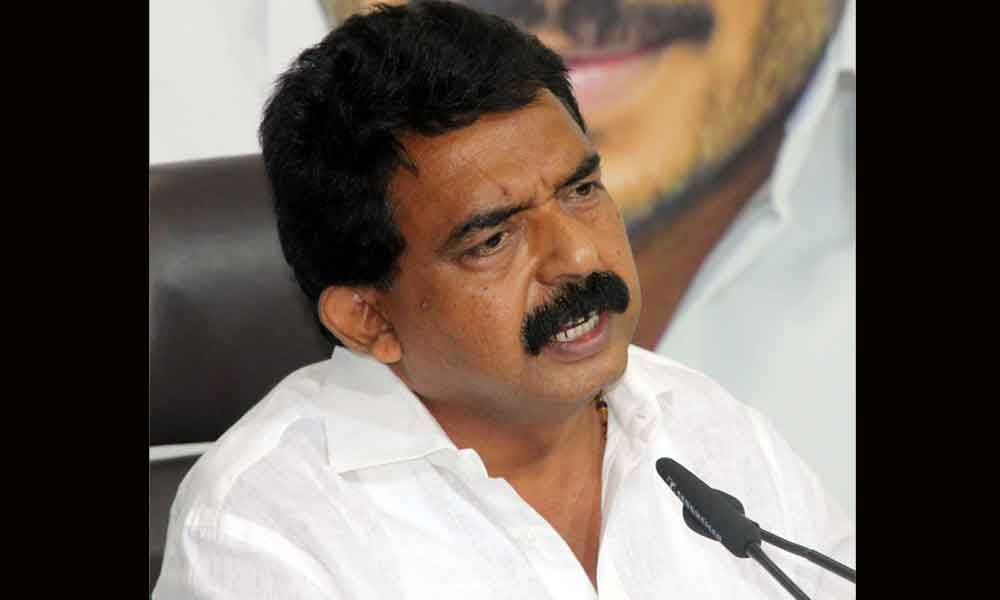 Speaking to the media here on Wednesday, the Minister said that Ramsh Kumar has no moral right to speak on transparent, unbiased elections, as he was the one who worked under the directions of TDP chief N Chandrababu Naidu all his term. He said that it was strange for him to suggest that the SEC to stay away from politicians and political parties, while he himself went overboard and held secret talks with Sujana Chaudhary and Kamineni Srinivas at a hotel.

Reiterating that Ramesh Kumar always worked for the interests of Chandrababu Naidu, the minister said that it was funny for him to come with such a letter, as he had overruled every recommendation he listed. He said that people are not going to believe his words, as the entire state had already witnessed SEC's bias towards Naidu.

Recalling the past instances, the minister said that it was Ramesh Kumar who wrote the letter to the Centre that was drafted in the TDP office, postponed elections citing Covid-19, when only a few cases were registered, held polls when Covid was in peak and vaccination was taking place and even went to the court demanding to vote although he was not qualified as per Form 6 of Central Election Commission.

Perni Nani hailed Chief Minister Y S Jagan Mohan Reddy for laying a foundation for constructing a 1.5-km retaining wall along Krishna river. He said that the previous government had completely neglected the residents of Krishna Lanka, who used to take refuge in shelter homes during floods and always lived in fear. In addition to the retaining wall, he said that the Chief Minister had also instructed the authorities to start the works on the right side of the river from Varadhi to Pushkar Ghats to be on the safe side.