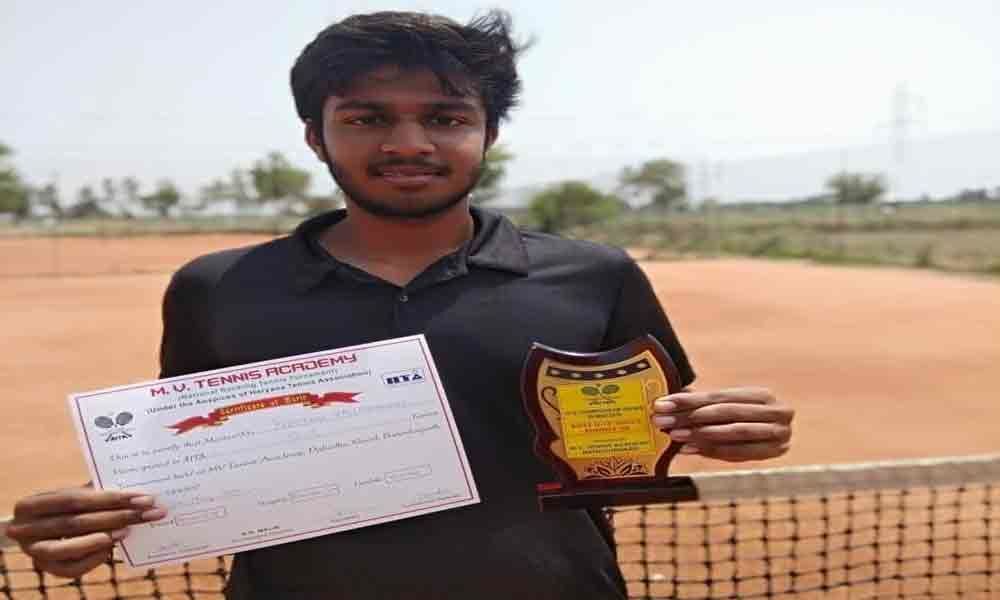 V Preetham stood runner up at the national ranking Tennis championship held in Haryana from May 20 to 24.

Vijayawada: V Preetham stood runner up at the national ranking Tennis championship held in Haryana from May 20 to 24. He participated in All India Tennis Association National Ranking Champion Series Tennis Tournament, Under 18 category and was runner up in singles championship according to the coach Y Sivarama Krishna on Friday.

The championship was held at Bahadurgarh, Harayana from May 20 to 24. On winning the runner up trophy the chief coach DSA Krishna A Mahesh Babu and others congratulated Preetham.