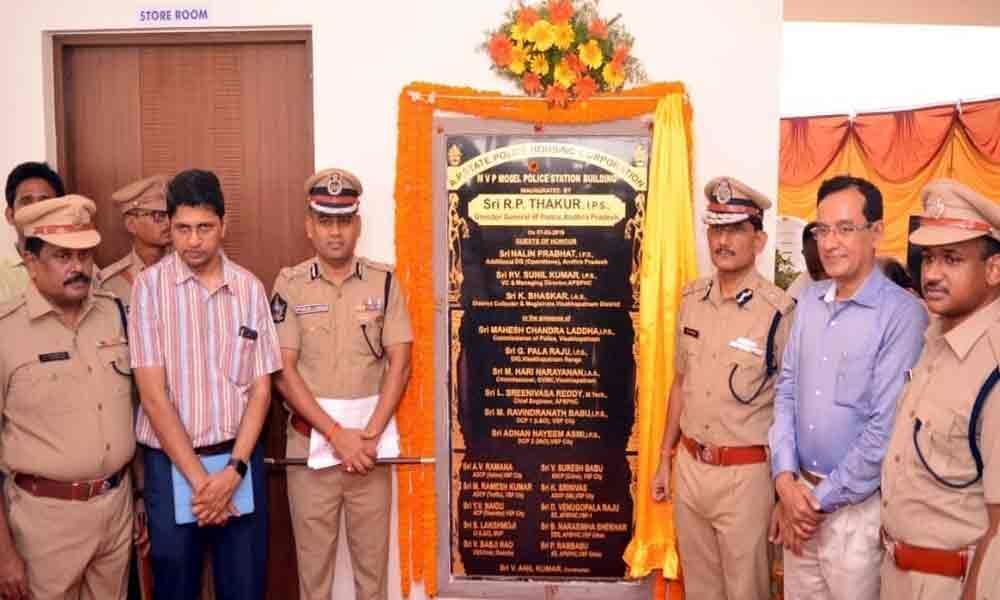 Director General of Police R P Thakur said that the police are still investigating into the recently held rave party and the department would not spare accused in the case.

Visakhapatnam: Director General of Police R P Thakur said that the police are still investigating into the recently held rave party and the department would not spare accused in the case. He said that already five drug peddlers were arrested and six persons who allegedly participated in the party were also taken into custody for interrogation. According to the information about 100 persons were present at the rave party and a vigil is being kept on some of the suspected persons in the case.

The DGP inaugurated a new building for MVP Police Station in the city on Tuesday. Speaking on the occasion, he said that Visakhapatnam is a very peaceful city and witnessing all-round development. The police would take stringent action on the persons who tried to disturb the Port City's name and image, he added.

Talking about the ganja smuggling from the Agency areas, the DGP said that in coordination with various departments, the police department is seriously working to eradicate ganja cultivation.

While briefing about the new model police station, MVP Colony, Thakur said that the building was constructed at a cost of Rs 1.66 crore and it has an area of 6,000 sq ft. He said that all the police stations in the city would be developed as a model stations in a phased manner.

He called upon the people to inform about the usage of drugs, ganja and rave parties to the WhatsApp number 7569309090 and the informer's name would be kept secret. Collector K Bhaskar, Commissioner of Police Mahesh Chandra Laddha, Commissioner of VMRDA Basanth Kumar and other officials were present.