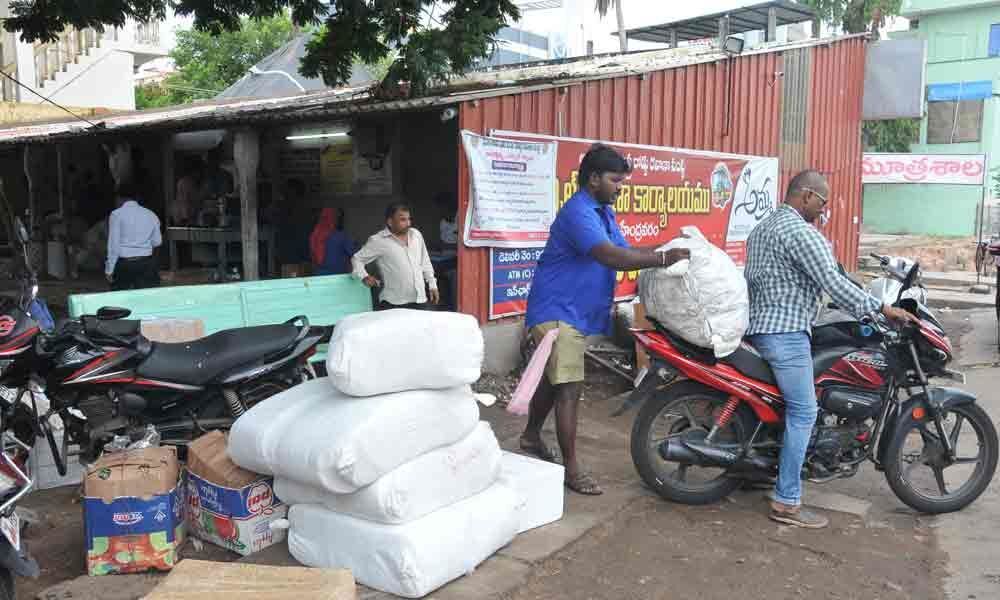 APSRTC 'Cargo' wing is getting tremendous response from the people and running in profits.

Rajamahendravaram: APSRTC 'Cargo' wing is getting tremendous response from the people and running in profits. East Godavari region earned a profit of Rs 5.5 crore during 2017-18, followed by profit of 8.91 crore in the subsequent year. For the year 2019-2020, it was targeted to gain a profit of Rs 15 crore.

Speaking to The Hans India here on Tuesday, cargo wing manager K Ramesh said that Vijayawada based Percept Infocel Private Limited Company won the bid for a period of three years from 2019 to 2022 to carry the goods booked under cargo. Prior to this, Galaxy company worked from 2017 to June 30 this year.

RTC started cargo wing in the year 2016 and used to handle it on its own and later given to Galaxy company through tender. This year zone wise tenders were invited for cargo.

The delivery time is 24 hours and this facility is available to Hyderabad also. Door delivery facility is also available. He further added that an amount of Rs 5 will be charged on each item after 48 hours of delivery. Special vehicle also be provided if any booking is eight metric tonnes or above.

About 23 lakh textbooks were distributed to all the schools in 64 mandals as per the request of education department. District educational officer S Abraham asked the RTC to deliver uniforms to the schools.

In rural areas, car booking agency will be given a commission of 15 per cent and the respective person should pay a refundable deposit of Rs 1,000 and in urban areas the refundable deposit is Rs 5,000. It is the responsibility of the agents to arrange accommodation, computer etc. At present as many as 49 agencies were given in mandal headquarters.

The existing delivery point will also be renovated and booking counters were increased at booking section, he averred. He appealed to the people to send their parcels through RTC cargo which is safe.