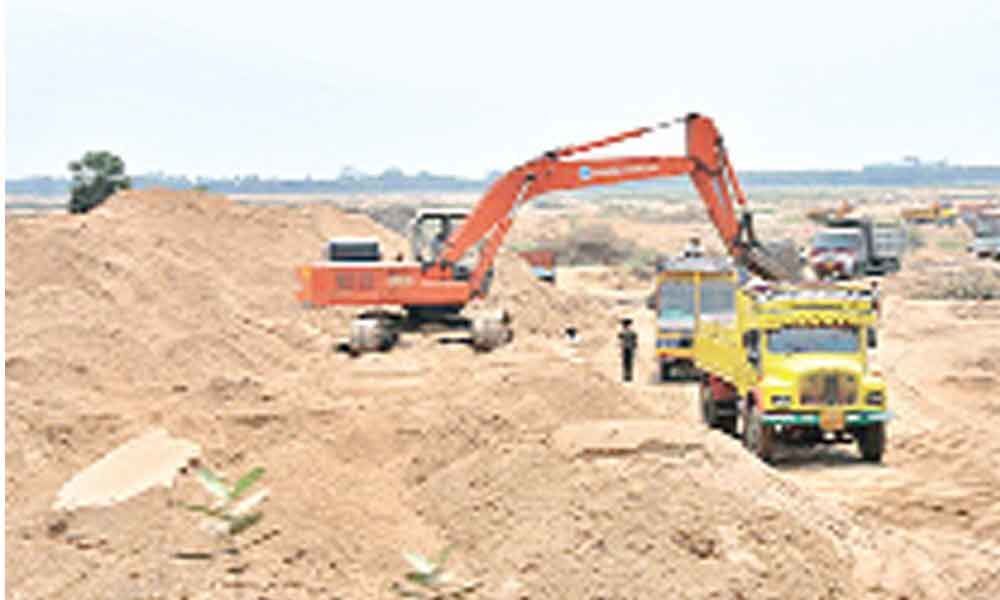 Despite warnings from party chief Chandrababu Naidu, many party leaders and legislators continued sand exploitation, making it dear for common people who want to build a house

Though reasons for the debacle are aplenty, factors that are being cited constantly are the corruption in Janmabhoomi committees, sand, liquor, land and mining mafias which severely affected common people.

Many TDP leaders, including some MLAs supported sand mafia which infuriated people. The sand became a kind of cash cow to ruling party leaders as well as some leaders of other parties.

Former Chief Minister N Chandrababu Naidu expressed concern over the involvement of TDP MLAs and leaders in sand mining and even warned them of serious consequences if they continued in the activity, but to no avail.

TDP leaders ignored party chief's warnings and continued their activities, which made sand unaffordable to common people to construct houses.

There had been allegations that Janmabhoomi committees had become parallel power centres as committees' nod was must for allotment of government benefits in villages.

This became a big source of income for members of the committees who were TDP members. Though party dismantled them last year, the damage had already done for the party.

The land and liquor mafias also contributed to the rout of TDP in the district as Nadu was not able to control them.

Though hundreds of lorries were transporting the sand round-the-clock, officials of respective departments could not do anything as there were bigwigs behind the sand mining.