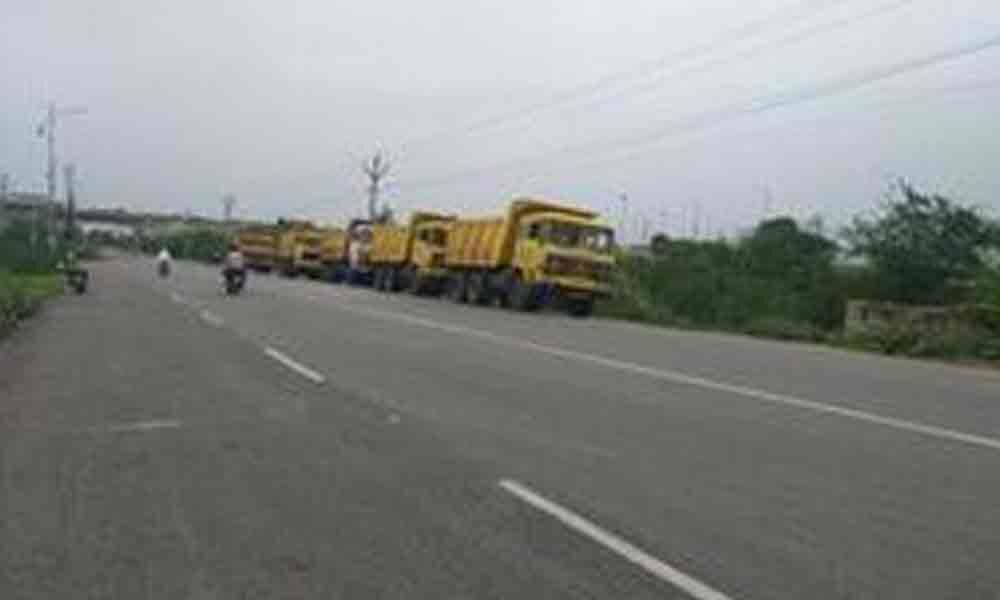 Indiscriminate sand mining has been going on in Tungabhadra river. To restrict the illegal sand mining the district administration has identified some sand reaches in the district

Kurnool: Indiscriminate sand mining has been going on in Tungabhadra river. To restrict the illegal sand mining the district administration has identified some sand reaches in the district - two reaches at C Belagal, two each at Gonegandla and Holagunda mandals.

Excavation of sand was also permitted at Nandikotkur, but due to water flooding the reach was closed. The sand from these reaches has to be use for the construction of individual houses and the beneficiary has to obtain permission from the Revenue or Mining department.

Illegal sand mining is taking on high scale at Tungabhadra river during night hours. People of Panchlingala, Ulchala, Nidzur and other villages are excavating sand and dumping at some secrete places. Later, the sand is being supplied to assignees. It is alleged that the police are being bribed to carry on illegal sand mining. It is also learnt that the sand is being transported in the district and also places in Telangana.

Restricting sand mining by the state government has become advantage to the sand traders. Earlier a tractor load of sand was sold for Rs.1500 to Rs.2000. But now the same tractor load sand is being sold for Rs.4500 to Rs.5000. Panchalingala village has become hub for the transportation of sand.

Recently some tippers which were transporting sand were caught by a former MLA. He was shown the permission slips for the transportation but those permissions were given to the tractors and not to the sand.

When The Hans India asked about the illegal sand mining, Kurnool Tahsildar, Srinivasulu said, ``We only issue permissions and restricting them is in the hands of police and mining department officials.

Moreover, we have lot of other works from issuing income certificates to land relates issues. He further said that there was a policy of fixing closed circuit cameras at the specified reaches. But no camera has been fixed at any of the sand reach.