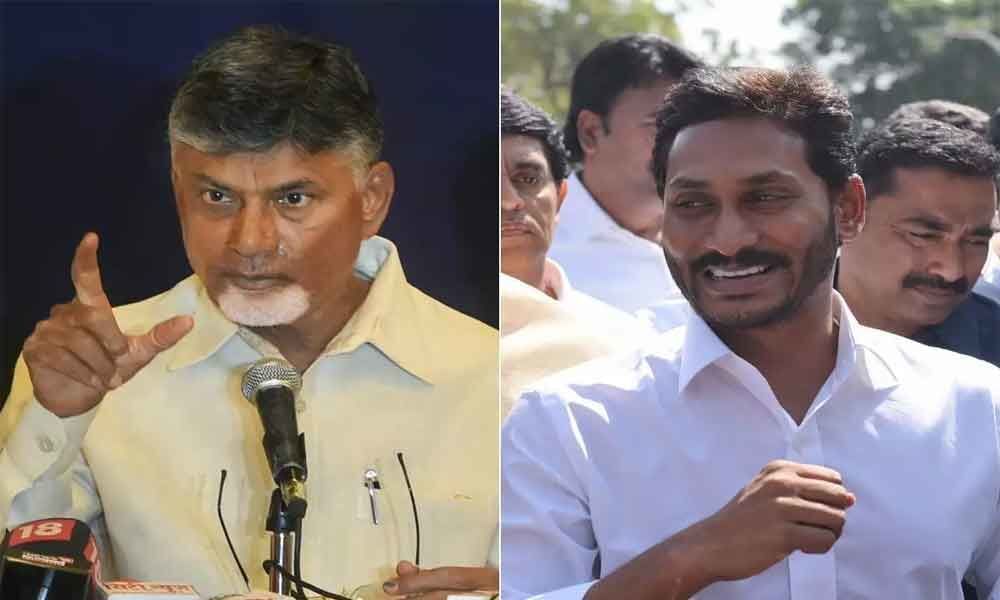 The security has been tightened at the residences of TDP chief Nara Chandrababu Naidu and YSR Congress party president YS Jagan Mohan Reddy in Amravati.

Amaravati: The security has been tightened at the residences of TDP chief Nara Chandrababu Naidu and YSR Congress party president YS Jagan Mohan Reddy in Amravati.

The state police have made strong security measures in the view of rush of the leaders and activists on the counting day (23 May).

The two companies of AP special protection force (APSP) have been deployed at Chandrababu Naidu's house and in the same way two companies of forces were brought down at YS Jagan's Tadepalli residence.

In addition to APSP police and regular security, an additional of 50 personnel have been appointed over the security measures.

Over the information that the leaders from Krishna, Guntur, Prakasam and West Godavari districts, will be coming to meet both the party presidents, The top police officials have issued the alert orders to the officers.

The state Chief Secretary LV Subramanyam is in continues touch with the police officials and taking the information from them.

AT Present, Chandrababu Naidu has gone to Kuppam to participate in Tirupati Gangamma Jatara. YS Jagan will be reaching his Tadepalli residence by the evening.

YS Jagan will be overseeing the counting process from his residence and Chandrababu Naidu would be at his private bungalow at Undavalli on the counting day.