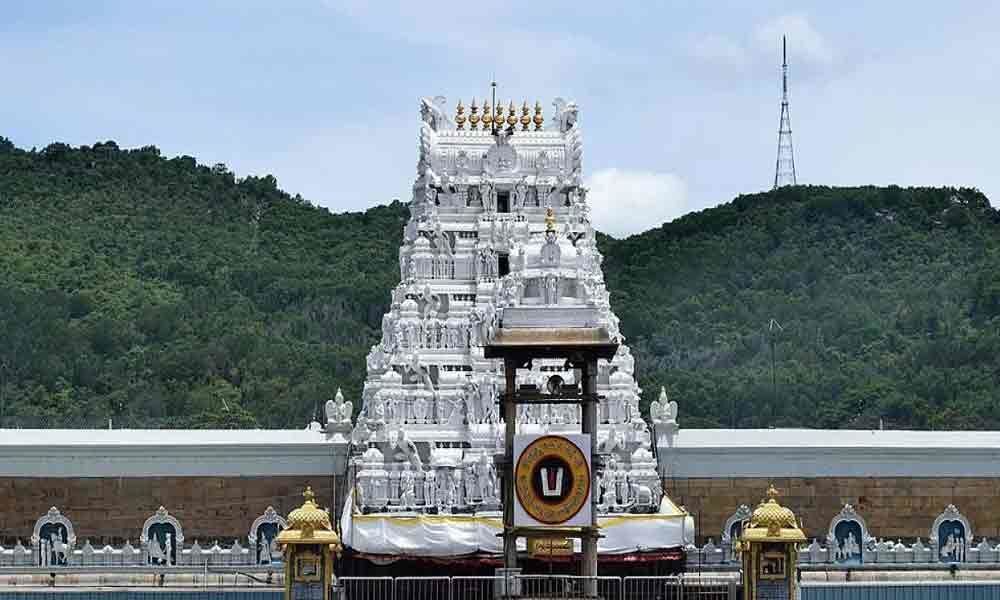 There is slight dip in the Hundi income of the TTD in April this year compared to the same month last year.

Due to the election code, the TTD stopped entertaining the recommendation letters of political leaders including MPs, MLAs, Ministers and also its Trust Board members leading to steep fall in VIP break darshan tickets which the wealthy and influential avail for darshan of Lord Venkateswara while the election campaign also saw the well to do pinned down with the electioneering in the State where the polling was held in the first phase on April 11.

The number of persons covered under distribution of free 'Anna Prasadams' and beverages in queue complexes, Annadanam Complex and in food counters in various places in Tirumala also slightly less this year in April (52.07 lakh people) compared to last year same month which is 52.09 lakh.

The revenue from accommodation also dipped in April this year which is Rs 6.74 crore against Rs 6.81 crore last year April. However, the number of people had darshan and sale of laddu prasadam shown an increase. As many as 21.96 devotees had darshan this year April against 20.8 lakh in last April while the TTD sold 95.15 lakh laddus this year against 88.05 laddus last April, indicate 8.1 percent increase in laddu sale this year April.