Son and daughter in law both attacked on father for property 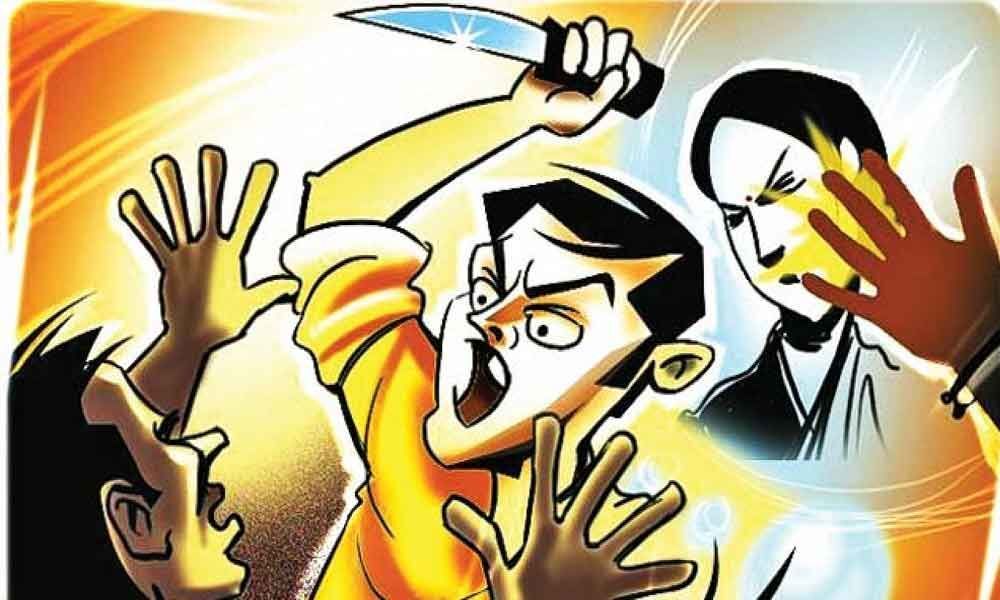 Tirupati: A old man N Munikrishnaia (80) was brutally attacked for property sharing by his elder son Vijaya Bhaskar and daughter in law Neeraja on Tuesday morning here at Anantaveedhi.

According to locals information, victim Munikrishnaiah has been living in his own house at Anantha Veedi since last 25 years. He has two sons, younger son living faraway. Elder son Vijaya Bhaskar and his wife are living along with Munikrishnaiah.

On Tuesday morning heated argument took place in between father and son regarding sharing of property, but Munikrishnaiah rejected his son proposal for sharing property. In this context son and daughter in law both simultaneously attacked on old man MuniKirshnaiah. In their attack old man severely injured and he was shifted to Tirupati ruia hospital by locals.

Later MuniKrishnaiah has approached to West Police station for protection from his son and daughter in law. police booked case against the accused Vijaya Bhaskar and Neeraja in this regard.