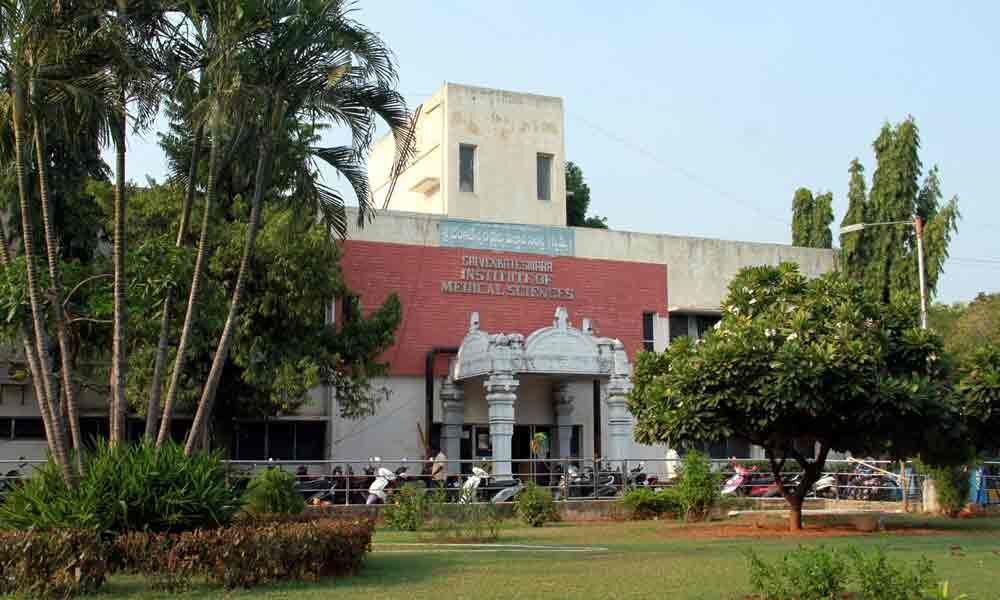 x
A front view of SVIMS in Tirupati
Highlights

The concept of reporting quality aspects voluntarily in public access system has made Sri Venkateswara Institute of Medical Sciences (SVIMS) a unique medical system in the country with its more transparent and accountable services.

Tirupati: The concept of reporting quality aspects voluntarily in public access system has made Sri Venkateswara Institute of Medical Sciences (SVIMS) a unique medical system in the country with its more transparent and accountable services.

This system provides the Real Time Actionable Patient Experience (R-TAPE) of care portal. The Director of the Institute Dr TS Ravikumar introduced the concept in September 2018 and during the last 11 months this mechanism has been helping the Institute to know the patient experience of hospital services and improve on it. It has received more than 7,000 feedbacks from patients so far.

The patient feedback was being monitored by someone independently by an outside agency, who synthesise the information. Whenever they get the feedback of less than 5 on a scale of 1 to 10, will be addressed immediately by the respective department in real time and the feedback form is available in four languages – English, Telugu, Hindi and Tamil for the convenience of patients or their attendants.

Feedback can be given by scanning the QR codes available at various places in the premises. Also, updating itself with the latest technological trends SVIMS App and No-q system were also launched for patient convenience to get hassle free appointment of doctors.

So far, 2,131 appointments were made through No-q system and 168 appointments through SVIMS App. Also, to reduce patient waiting time for reports, the SVIMS has set up a system of sending the status of those reports to them through SMS.

Towards providing better healthcare to the patients, under PPP mode, it has established Southeast Asia's largest dialysis facility under one roof in 2017 with 100 maintenance dialysis machines and 25 acute dialysis machines.

Under this programme, over 70,000 maintenance haemodialysis and 13,000 acute haemodialysis are being done per year. This programme is among the largest in the nation and SVIMS Institute of Renal Sciences has an outreach programme which screens school children and responding to community kidney disease concerns.

The Director has said that they have formed a group of 200 volunteers from different departments of SVIMS, who are willing to put their efforts to drive the Institute towards achieving quality.

"By taking various measures to improve quality in the hospital and by introducing strategies to reduce mortality rate in the hospital, the gross death rate was considerably reduced to 3.54 per cent compared to the 5.89 percent in 2011," he maintained.

SVIMS has been making rapid strides on various fronts despite facing financial crisis. It has earned many distinctions both in academic pursuit and research-oriented activities to benefit the patients.

The Director has said that it was the only medical university in both Telugu states to have double distinction of top 100 universities and top 30 medical institutions in India. Also, it secured NABH pre-entry level accreditation and now going ahead to get full accreditation.