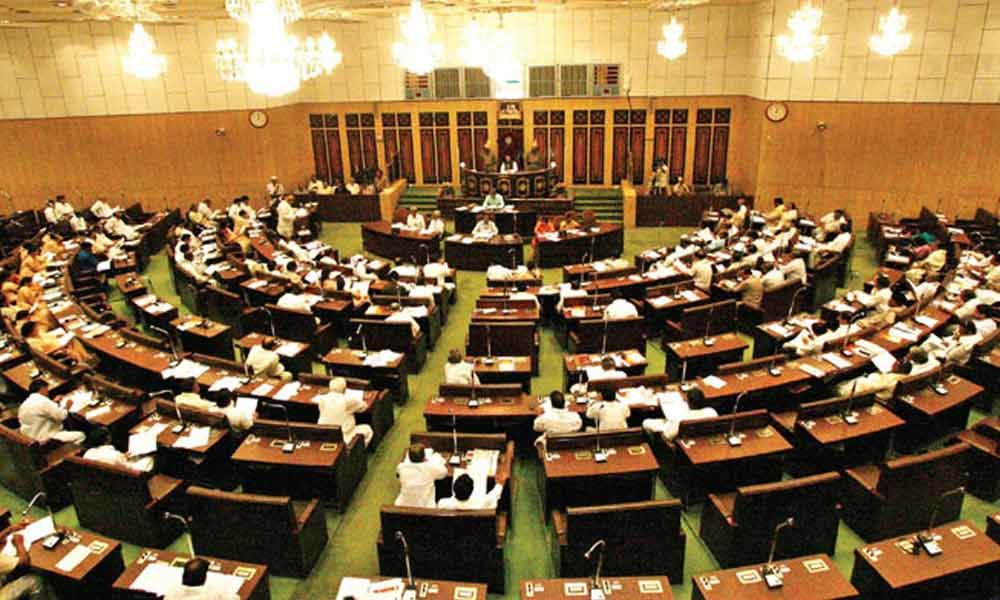 Amaravati: War of words between ruling YSRCP and opposition TDP members continued on Tuesday during discussion on motion of thanks to Governor's address in Assembly.

Interestingly, both sides blamed each other for their role in the state bifurcation and other issues.

TDP senior MLA Gorantla Butchaiah Chowdary said that the state government and MLAs of YSRCP were trying portray the TDP rule as full of corruption.

"No TDP MLA is attending the courts once in a week," he said. As expected, this triggered furious reaction from the ruling party members. In response, TDP members wondered why YSRCP members were startled by the remark as Butchaiah Chowdary did not name anyone.

Finance and legislative affairs minister Buggana Rajendranath Reddy said that the legal issues should not be discussed in the House.

MLA Gorantla said that the Telangana government took control of Pulichintala project and plans to stall the Polavaram project. The temple town of Bhadrachalam should come under the purview of AP, he said adding that the temple was constructed by the funds of Andhra people.

Reacting to the comments of the TDP MLA, Government Chief Whip Srikanth Reddy said that the previous TDP government did not do anything for the state development.

He said that former Chief Minister N Chandrababu Naidu gave a letter to the Centre in favour of state bifurcation without resolving several important issues.

Gorantala, reacting to the comments, asked them as to who sent a team of MLAs to New Delhi in favour of state bifurcation.

Referring to the state government's announcement on increasing the salaries of ASHA workers from Rsp 3,000 to Rs 10,000, Gorantla said that already the previous government paid Rs 8,600 a month, including conveyance.

He asked the government to clarify the statement. Finance minister Rajendranath Reddy said that the government would give clarity at the time of implementing the decision.