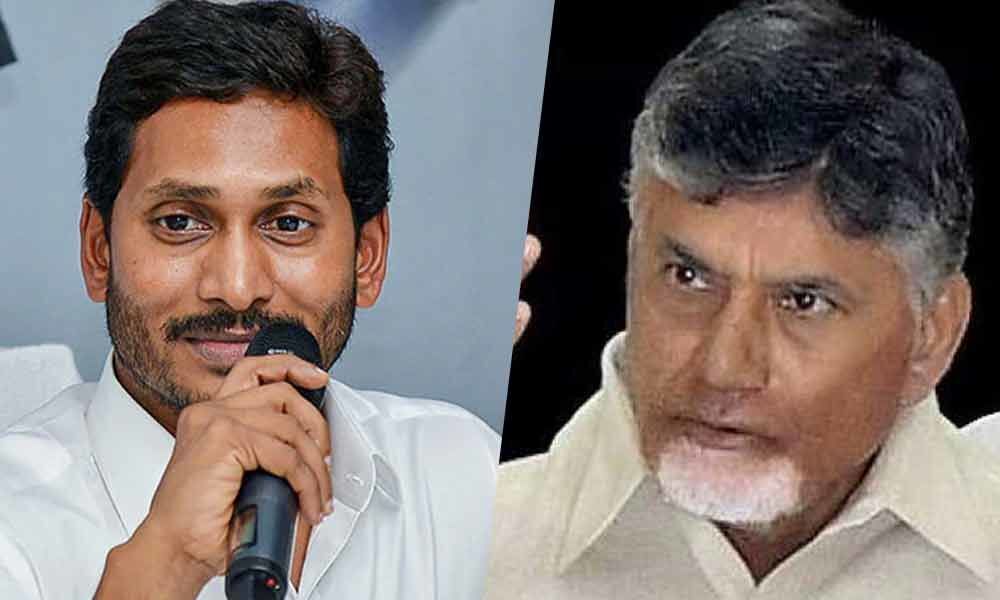 Amaravati: The TDP president N Chandrababu Naidu has decided to send a three member delegation to convey his wishes to designated CM and YSRCP president YS Jagan Mohan Reddy. The delegation will visit Jagan's house well before he leave for swearing in ceremony on Thursday.

Naidu has taken this decision after the TDLP leaders suggested him not to attend the programme personally, being organized at IGM Stadium at Vijayawada, in a grand manner amidst YSRCP Fan followers.

During TDLP meeting held on Wednesday at Naidu's residence at Undavalli in Guntur, the newly elected MLAs has suggested Naidu while reacting on the invitation from Jagan to attend that programme. The former Ministers and present MLAs including K Atchannaidu, Ganta Srinivasa Rao and P Kesavulu will be sent to Jagan's residence on Thursday, before swearing in ceremony and will convey the wishes of Naidu.

It is learnt that, Naidu will write a letter to Jagan on this great occasion of transforming the government from one party to another party, after the people gave a resounding mandate to YSRCP.

It is worth to mention that, when Naidu asked that he would wish to attend the programme as a good gesture in the politics, the MLAs opposed the proposal unanimously and suggested not to attend it. While raising the objections, the MLAs including K Atchanniadu, Ganta Srinivas, K Balaram, P Kesav, B Ashok and others have explained with Naidu that this programme was supposed to organize at the Raj Bhavan. But, it is being organized amidst huge fan fare of YSRCP and their followers at Vijayawada. There might not be a good treatment to the stalwart like Naidu as he is representing the Opposition Party. Hence, they suggested Naidu to send a message personally through a team of representatives.

Even the party senior leaders like MLC Yanamala Ramakrishnudu also suggested the same. The TDLP leaders also observed that there might be slogans against Chandrababu Naidu at the stadium, even though he would attend the programme with wholeheartedness to neutralize the political atmosphere in the state.