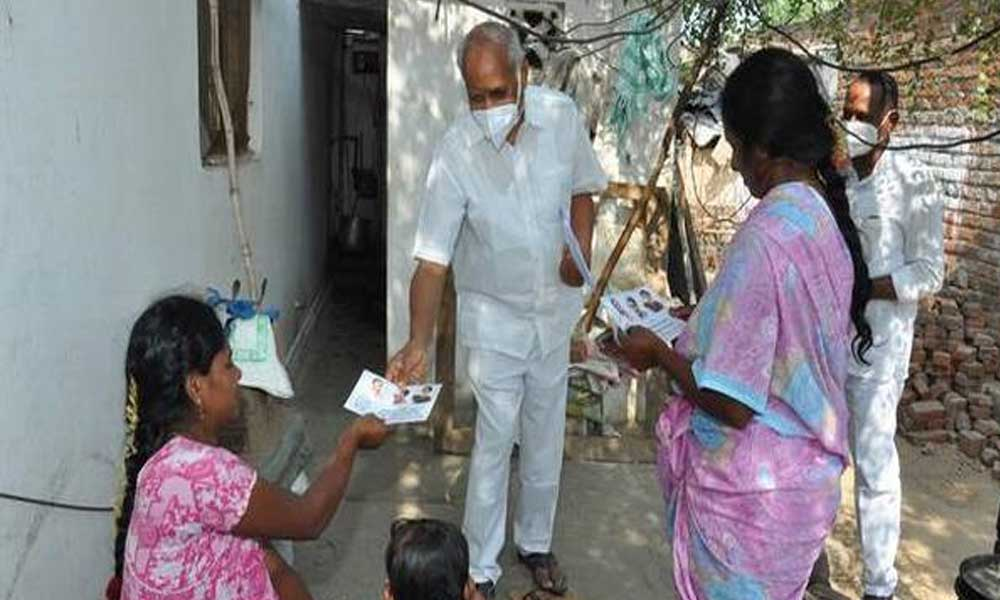 The Tirupati Parliament by-election campaign is in full swing with ruling YSRCP and opposition candidates are busy campaigning.

The Tirupati Parliament by-election campaign is in full swing with ruling YSRCP and opposition candidates are busy campaigning. Former Union Minister Panabaka Lakshmi from TDP, Dr Gurumoorthy from YSRCP and former IAS Ratna Prabha from BJP-Jana Sena alliance are in fray. On the other hand, the Congress is also vying for its existence and a senior leader from that party, former MP Dr Chinta Mohan is in the fray. He accelerated the election campaign and made sensational remarks targeting chief minister YS Jagan Mohan Reddy and said Congress will win in this battle.

He questioned why the case was not moving forward two years after the murder of YS Vivekananda Reddy as asked who was responsible for this murder. Chinta Mohan demanded that CM Jagan should open his mouth on his murder. "If Jagan does not respond to Viveka's daughter's words within 24 hours, he will be suspected," he said. He also predicted that Jagan Mohan Reddy would step down in another six months.

Recently, it is learnt that Chinta Mohan has made sensational remarks about YSR as well. Chinta Mohan alleged that the YSRCP had spent crores of rupees on the nomination of YSRCP candidate Gurumoorthy in the by-election. Chinta Mohan predicted that CM Jagan would not be in power for long.