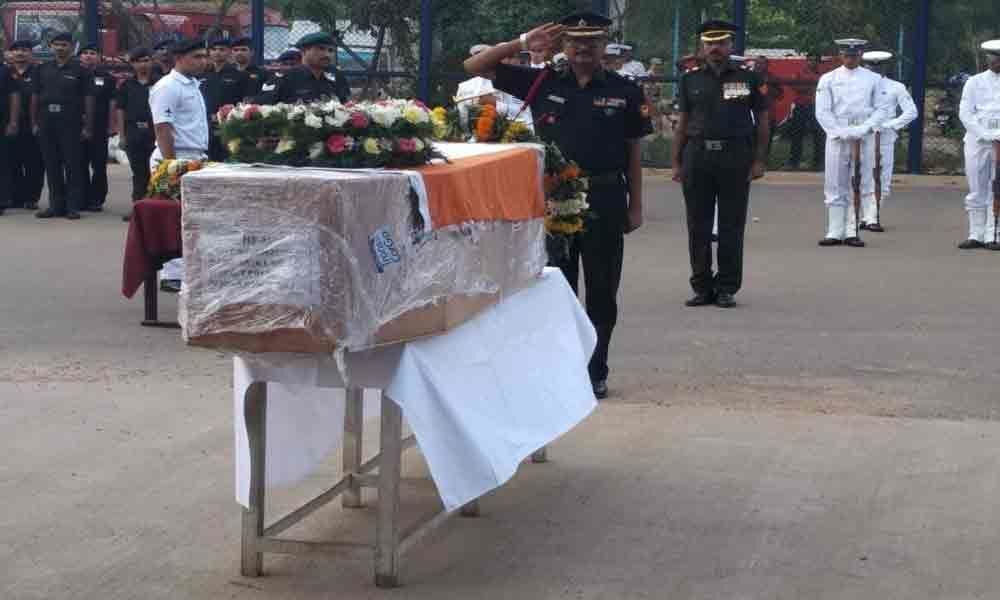 Floral tributes were paid to the mortal remains of Lance Naik (SHGD) T Prabhakar at the Visakhapatnam Airport on Thursday.

Visakhapatnam: Floral tributes were paid to the mortal remains of Lance Naik (SHGD) T Prabhakar at the Visakhapatnam Airport on Thursday. The funeral of Lance Naik Prabhakar is scheduled to be held at his native place, Vemulapalli Dwarapudi, Mandapeta, East Godavari on Friday.

LNK Prabhakar while serving in 4 Corps Ordnance Maintenance Coy has been declared a battle causality and the mortal remains were flow into Visakhapatnam this evening and shifted by road to his native place.

Wreath Laying Ceremony with Military Honours was conducted at 'Shradhanjili Sthal' at Airport as a mark of respect to the deceased with a Ceremonial Guard of the Navy in attendance. Representatives of the district administration, police and Zilla Sainik Welfare Office of Visakhapatnam have also paid tributes to the deceased.