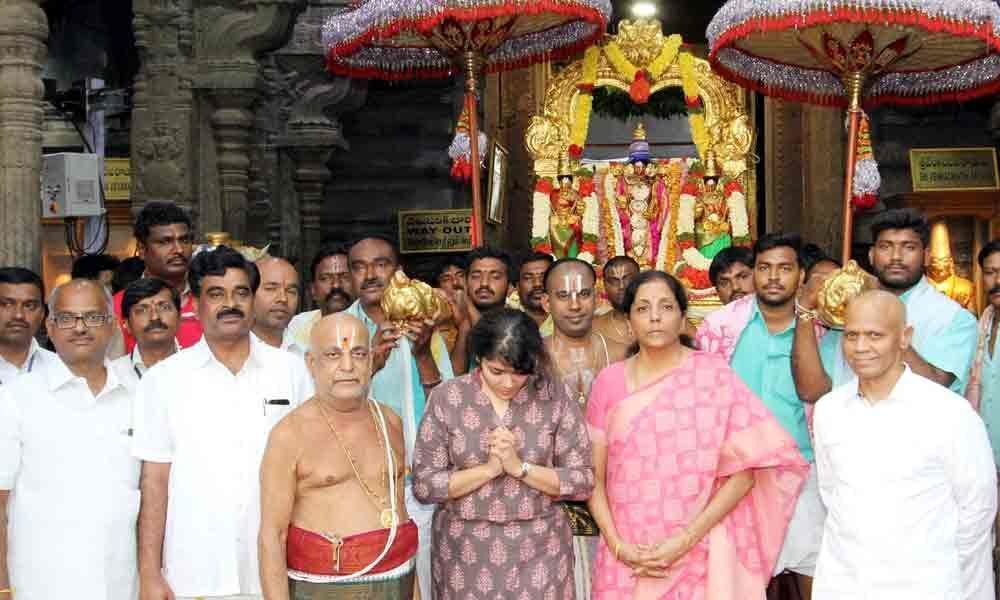 While Shekhawat along with his wife had darshan of the Lord on Saturday morning, NIrmala Sitaraman worshiped the presiding deity at Tirumala in the evening during the Maha Laghu darshan..

The Union Minister and his wife spent a few minutes praying before the presiding deity Lord Venkateswara and later reached Ranganayakula Mandapam where they were provided Vedasirvachanam by temple priests.

TTD SO offered the Minister, Lord's silk cloth, prasadams and a laminated photograph of Lord Venkateswara. Dy EOs Haridranath, reception official Balaji, temple peishkar I Lokanadham and others were resent.