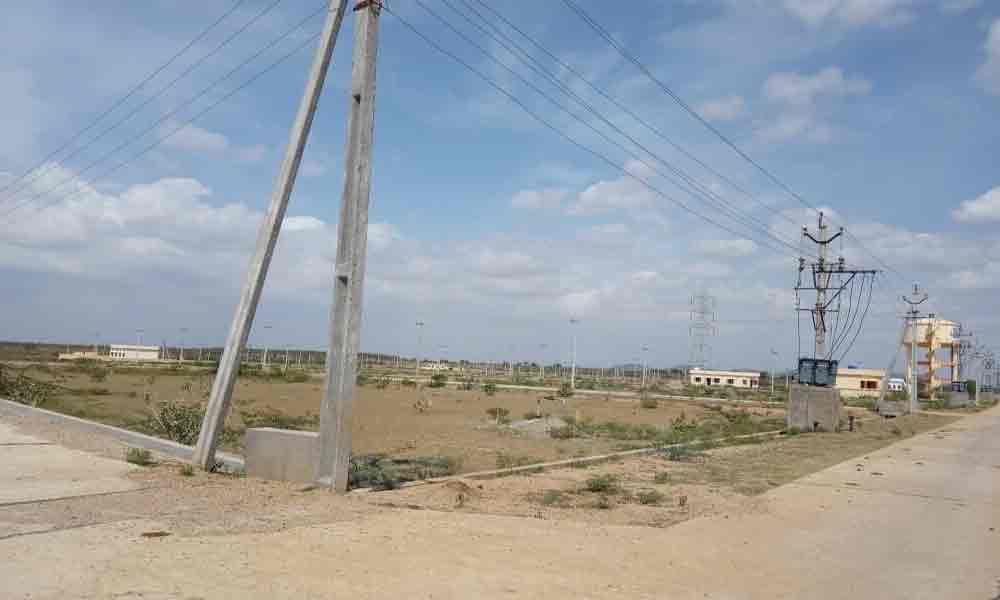 The construction of settlement villages for the displaced families of Pula Subbaiah Veligonda Project are moving at snail’s pace.

Ongole: The construction of settlement villages for the displaced families of Pula Subbaiah Veligonda Project are moving at snail's pace. The contractors almost stopped the works for nearly six months as the bills are due for more than a year. On the other hand, the displacing families are also waiting for resettlement and rehabilitation (R&R) package from government as per the demand to consider their children who became majors in the meantime.

The Veligonda Project is designed to draw 43.58 TMC of flood water from backwaters of Srisailam reservoir. The water travels through two tunnels of more than 18km in length and fills the Nallamala Sagar with 10 TMC dead storage capacity, constructed by closing three natural gaps between hills at Sunkesula, Gottipadiya, and Kakarla.

Once flood water received to full level, the project can easily provide water to nearly 4.47 lakh acres of land fully utilised, 15.25 lakh people get the safe drinking water in 737 villages of 23 mandals in Prakasam, 5 mandals of Nellore and 2 mandals of Kadapa districts.

They announced a Rehabilitation and Resettlement package to construct settlement colonies with the entire infrastructure ready in place by the time they move into it. The project works started in August 2005 and the RR works also begun in parallel as per the GO MS No 45.

In the colonies, where works were going on for a long time, the contractors can complete internal roads, a school, an Anganwadi centre, community hall, a temple, a church, one peerla chavidi only. A local at Thokapalli, M Subbareddy said the contractors stopped the works about a year ago. He said they were expecting works to be continued soon as the new party formed the government.

Its more than a decade the infrastructure works in the colonies are started. Since then the ousters are waiting for R&R package. In the meantime, the expected number of beneficiaries has increased from 4,300 to 9,000 as the then children have become youth, completed 18 years of age and some of them are already married.

R Venkata Reddy of Gottipadiya said the families were living in congested houses just with hopes on the package. He said people were not leaving the villages even though the local government officials are not maintaining the infrastructure and as the government notified them as submerging villages.

He said the youth in submerged villages were being denied for marriage proposals as the future of groom is uncertain due to unannounced R&R package. He said they were demanding the government to give the same package to father, children, and grandfathers, as per the new Land Acquisition Act.

Prakasam district joint collector S Nagalakshmi said the land for remaining settlement colonies at Vemulakota and Ondutla was identified and layout proposals were sent to the RR Commissioner. She said that they were expecting to start acquisition of land in a week.

She said that they were trying to convince the government for a suitable R&R package as it was approved for Gandikota ousters. She announced they have proposed the government to include an extra of Rs 2 to Rs 2.50 lakh to the package as per the existing guidelines to the already identified families as a compensation for the delay.

Along with it, she added that they proposed to pay Rs 8 lakh as a lump sum amount to each of children, who attain 18 years of age by December 2018. She said the infrastructure works in colonies would restart soon as they were pursuing the contractors.