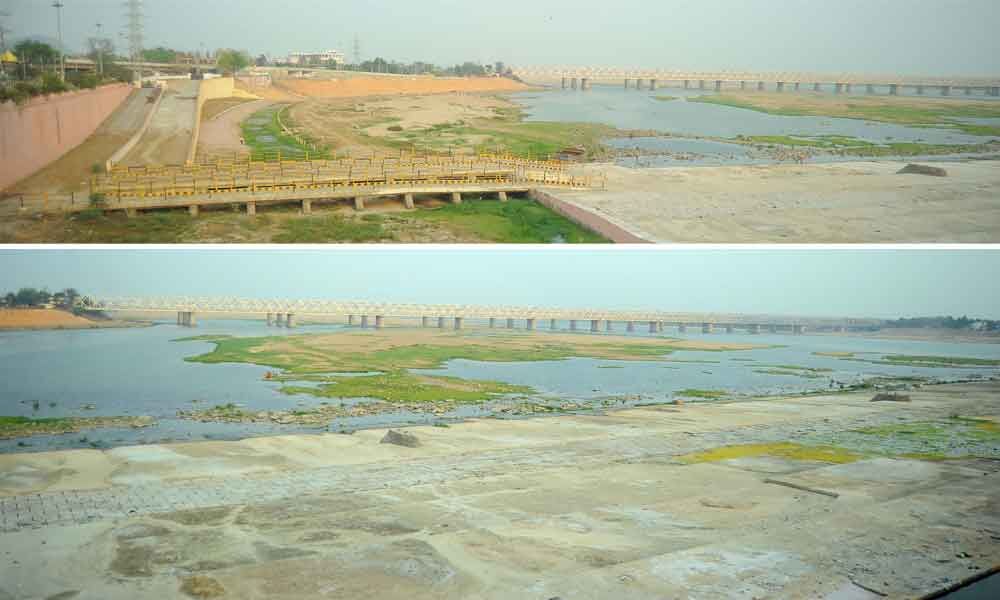 Vijayawada : Since the onset of April month, Vijayawada has been experiencing heat wave condition and the city recorded maximum temperature of 43 degrees Celsius on April itself forcing people to stay indoors.

According to of experts, the decreasing green cover and ever increasing urbanisation have been playing vital role in the rising temperature in the city.

During TDP regime, a UAE company came forward to develop the Krishna riverfront and the State government signed an MoU with the company. However, the project to beautify the islands of Krishna river and riverbanks was not materialised.

Later, Chief Minister YS JaganMohan Reddy in February last year directed the officials to beautify the Krishna and Godavari river bunds and canals passing through in the city.

Meanwhile, the State cabinet also gave nod for construction of two barrages downstream of Prakasam barrage on Krishna river including one near Chodavaram in Krishna district and another in Mopidevi mandal connecting Krishna and Guntur districts to store nearly 3 TMC of water during flood season.

During the TDP regime, the CRDA proposed to construct a check-dam near Chodavaram downstream of Prakasam barrage to store nearly 3 TMC of water to meet the drinking water needs of extended city outskirts and to encourage water sports.

The CRDA also prepared proposals to develop a double lane bund on Vijayawada side on the left bank of Krishna river to provide breathing space to people as there is no alternative for relaxing in the city. The CRDA developed the Krishna river banks in Bhavanipuram to some extent and proposed stalls and hotels. Later, the project was shelved for no reasons.

If the project planned at a stretch of nearly 15 kms was completed with double lane road on Krishna river bank, certainly it would have been provided great relief to people with cool breeze and by providing lung space for both young and old alike in the evenings.

The project should have provided scope for the development of riverfront on the lines of Visakha beach road.