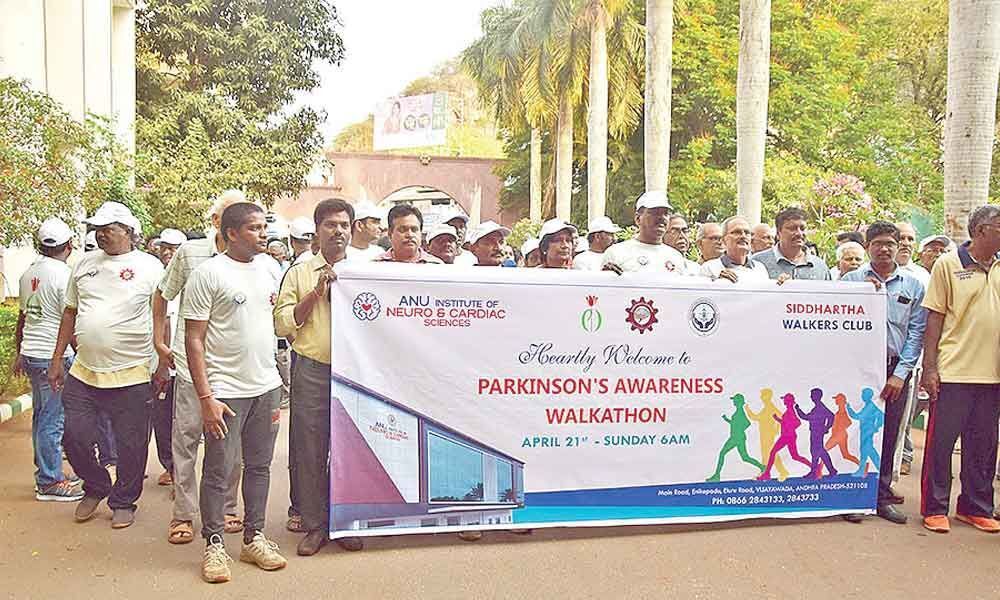 Vijayawada: Hundreds of people participated in Parkinson's disease Awareness Walkathon organised by Anu Institute of Neuro and Cardiac Sciences here on Sunday. Speaking on the occasion neurologist T Naveen said the walkathon was organised to create awareness among the people on Parkinson's disease.

He said that people above 55 years were prone to this disease. The symptoms of the disease will be stiffness of nerves, shivering, bending while walking and feeling lazy, he said added one in hundred people face this problem and if not treated in time, the disease would be severe.

He further said that with the latest and advanced procedures the disease can be treated. The patient can be treated by injections or by deep brain stimulation depending on the condition of the patient.

With lifestyle change and regular exercise, people could prevent from Parkinson's disease, said the doctor.

He said that April month was observed as Parkinson's disease month and said Anu Hospital has the latest advanced procedures to treat Parkinson's. Hospital CEO Dr G Ramesh, Dr Balabalaji and others were present.