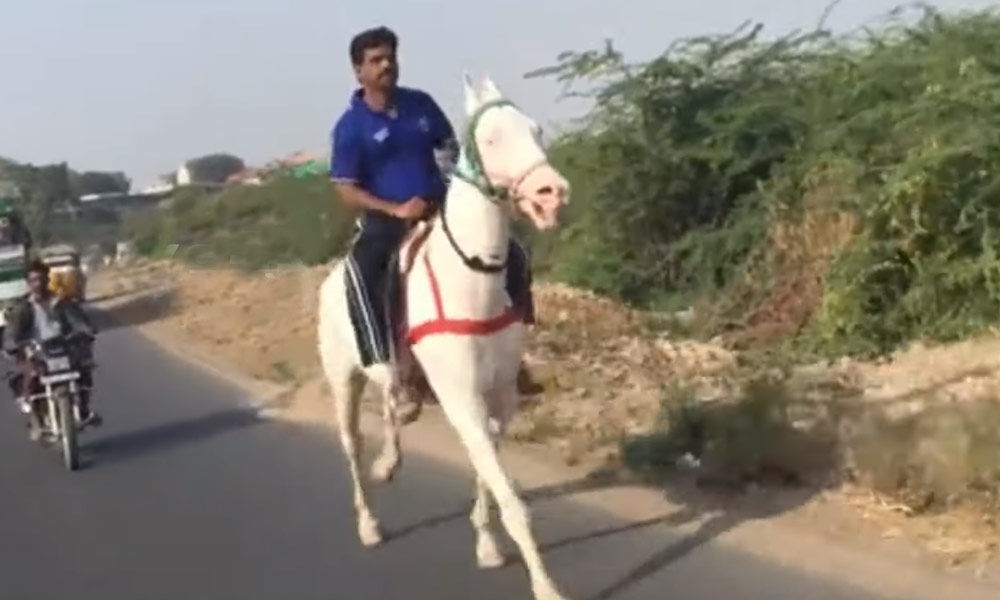 Gorantla Madhav who was elected as Hindupur MP after quitting as CI has showcased his talent in horse riding which caught the attention of the public.

The YSR Congress Party MP rode the horse for a while for about two-kilometre from Nallapureddy Palle to Nallagondavari Palle after being instructed by the horse rider. While his followers and security followed him on the bikes.

While touring in his constituency, the MP Madhav saw the horse and with the help of the animal's owner, he rode the horse. The video, shot during the horse ride has gone viral on social media.