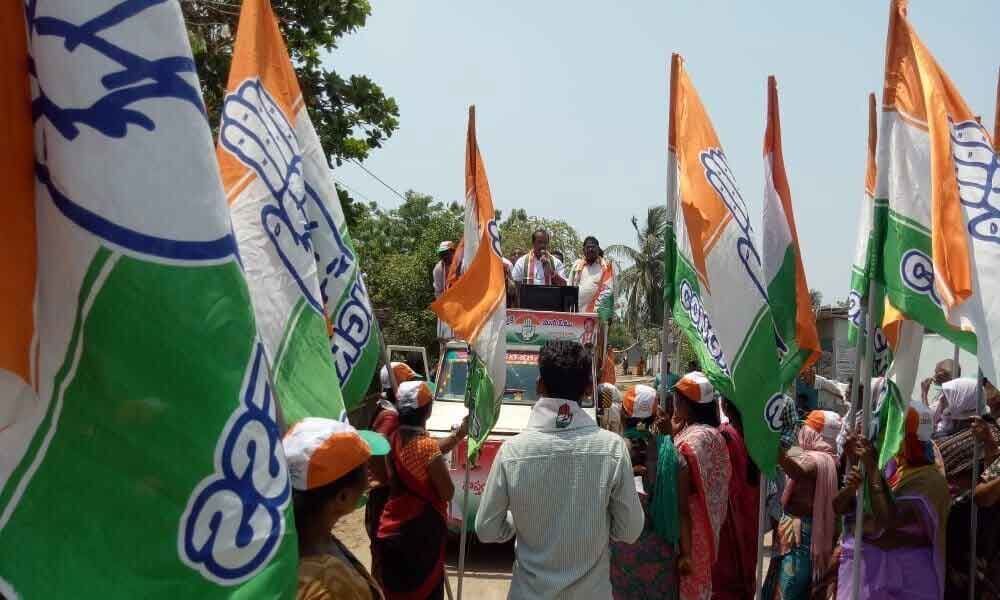 Ongole: The Ongole MLA candidate for Congress party Eda Sudhakar Reddy said that it is only the Congress party that had developed the country and it...

Speaking at the poll campaign in Ongole rural mandal, Sudhakar Reddy said that the Congress party had distributed lands to SCs, STs, and BCs for their development after introducing the land sealing act. He said that to empower the downtrodden classes the party has nationalised the banks and introduced loans to them.

He said that the BJP government has brought demonetisation without making any arrangements and the ill-effects of the decision are being experienced by the public even now.

He asked the public to vote for Congress for the development of the state and make Rahul Gandhi as the Prime Minister so that Andhra Pradesh receives special category status (SCS) and implementation of the reorganisation bill in true spirit.