YCPLP meeting concludes, 25 Cabinet ministers to get a call in the evening 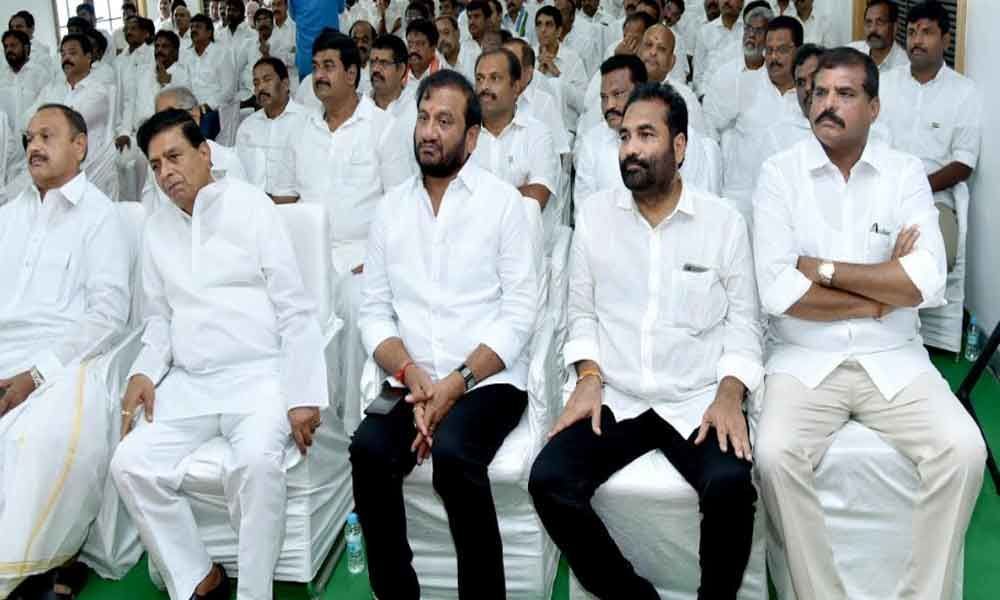 The YCP Legislature party meeting chaired by the Chief Minister YS Jagan Mohan Reddy has concluded. The meeting which started at 10 am has ended at 12 pm on Friday.

Amaravati: The YCP Legislature party meeting chaired by the Chief Minister YS Jagan Mohan Reddy has concluded. The meeting which started at 10 am has ended at 12 pm on Friday.

On the occasion, CM YS Jagan has made unexpected announcements regarding the Cabinet formation. Where YS Jagan has decided to form full Cabinet with 25 ministers.

Which includes 20 Ministers and 5 Deputy Chief Ministers. But so far there is no clarity who are those 25 ministers.

However, CM YS Jagan has clarified that for the Cabinet ministers who will be swearing-in on Saturday will be getting a phone call from the party leader and MP Vijayasai Reddy in the evening.

In the meeting, YS Jagan has declared that half of the Cabinet members will be of ST, SC, BC, and Minority.

With this decision, the leaders are in tension situation over who gets the Cabinet berth? who gets the phone call in the evening?

On the other side, CM YS Jagan also said that after two and a half years he is going to change 90 percent of the Cabinet and will be given the opportunity to new members who missed in the first term.