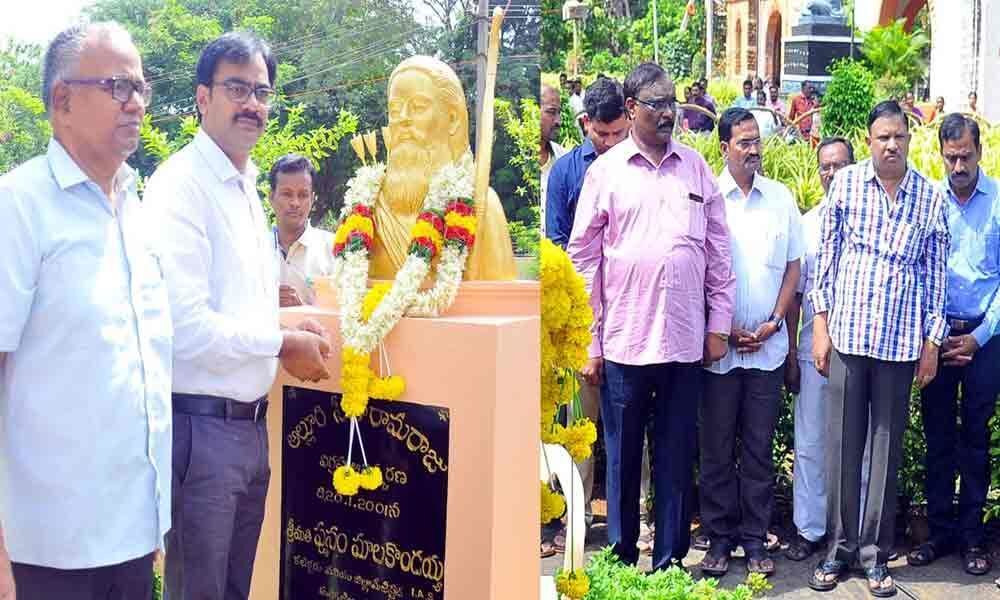 Eluru: In-charge Collector M Venugopala Reddy called upon youth to emulate tribal hero Alluri Sitarama Raju who sacrificed his life while fighting tyrannical rule of the British. He paid rich tributes to Alluri by garlanding his statute to mark his 122nd birth anniversary.

Speaking on the occasion, Reddy said that Alluri brought awareness among tribals on the misrule of the British and waged a war against the foreign rule in India. Following his ideals is the real tribute to the great freedom-fighter of India, he said.

MLC Ramu Suryarao said that it will be a fitting tribute to Alluri if any district coming up soon named after him. Those who sacrificed their lives for the poor would remain permanent in the hearts of people and history remembers them. Alluri was one such real life hero whose sacrifice is worth emulate for this generation. Officials and other were present.