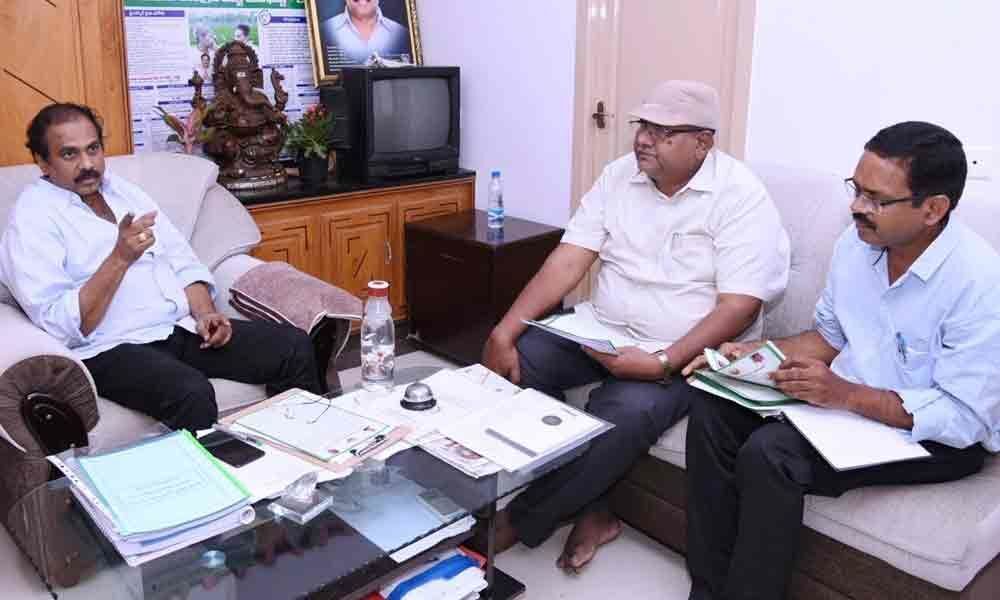 He held a review meeting with the officials of Agriculture department here on Tuesday and said that the new crop insurance scheme would apply for 22 types of crops in the state from this kharif season. The famers' contribution for this insurance coverage will be borne by the state government, the minister said.

Kannababu also said that by paying a token amount of one rupee, the farmers could enroll under this scheme. The necessary budget allocations have been made in the state budget, he stated. The minister requested the farmers to enroll in this scheme on or before 21 of this month (August) .

As far as East Godavari is concerned the minister said that this would benefit the farmers during the times of natural calamities and four types of crops paddy, sugar cane ,cotton and millets will be covered under this scheme .

Reviewing of flood damages in the district, Kannababu said that 2,456 hectares of paddy was inundated in 85 villages in 15 mandals. The actual crop position would be known after receding flood water, he said. He also said that necessary instructions have been issued to the officials to remove the weeds in the drains for free flow of flood water .

With regard to crops in the district in kharif season ,minister said that the crops were taken up in 176,591 hectares . Out of which paddy covering in 1,55,156 hectares. Seed on subsidy to the tune of 9,934 quintals had been distributed to farmers . In addition to this 86,581 Mt of fertilisers were kept ready for distribution in East Godavari . The minister cautioned the department officials to be vigilant on supply of spurious fertilisers to farmers.

The minister asked JD Agriculture JVS Prasad to inspect the suspected fertiliser units and the port operations on fertilisers to curb such activities. KSV Prasad,VT Rama Rao,DD ,G Padmasri,AD and other agriculture officers were present.