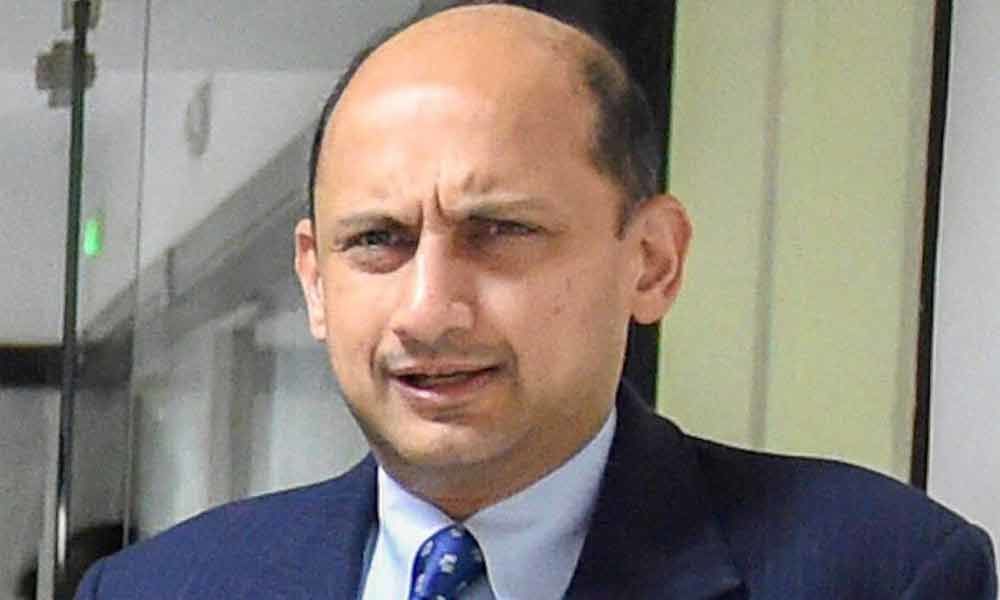 New Delhi: Viral Acharya, the RBI Deputy Governor who had in October last year brought to light tensions with the government over independence of the central bank, has resigned six months before the scheduled end of his term in the office.

Acharya, 45, who was the only Deputy Governor of Reserve Bank on the six-member interest rate-setting monetary policy committee, resigned from his position "a few weeks" back citing "unavoidable personal circumstances", the Reserve Bank of India (RBI) said in a brief statement.

In his resignation, he expressed inability to continue beyond July 23, 2019, it said. The RBI, which had previously not disclosed the resignation and was forced to do so following a media report, said: "Consequential action arising from his letter is under consideration of the Competent Authority".

Acharya had in a hard-hitting speech in October last year brought to light a growing rift between the BJP-led government and the RBI headed by the then Governor Urjit Patel.

A staunch defender of the central bank's autonomy, he had made public disputes with the government over issues ranging from lending curbs, more cash availability to non-banking finance companies (NBFCs), and who controls the RBI's reserves.

In his speech, he had warned that undermining the central bank's independence could be "potentially catastrophic", a possible indication of the RBI being pushed to relax its policies ahead of general elections.

The government replaced Patel with former finance ministry bureaucrat Shaktikanta Das and the RBI has cut interest rates by 25 basis points each in all three monetary policy reviews that have happened subsequently.

Acharya had voted against a rate cut in the February and April review but voted for the reduction in this month review but with "some hesitation".

He had also raised red flags over the worsening fiscal picture, according to the minutes of the June monetary policy committee. The only time that he had voted for a rate cut was in August 2017.

His departure came in the same week in which a joint government-RBI panel was set to study on excess reserves held by the central bank holds and how much of it can be transferred to the state to help finance the budget.

Acharya was said to be opposed to any move to undermine the central bank's reserves. Acharya, whose three-year term was due to end in January 2020, will reportedly return to New York University in August as an economics professor.

He is on leave from NYU's Stern School of Business. Opposition Congress party was quick to hit out at the government saying Acharya has added his name to the long list of experts who attempted to show the "mirror of truth" to the BJP regime.

The Congress, on its official Twitter handle, said, "could his abrupt decision have anything to do with his stance on reaffirming the RBI's independence from the current government".

He is the third top-ranking official at the RBI to have quit or declined to seek a second term during the BJP rule.

Acharya was looking at the monetary and research cluster at the Reserve Bank.

As an independent-minded economist, Acharya had on several occasions courted controversy by criticising the government and the finance ministry and raising the question of central bank's autonomy.