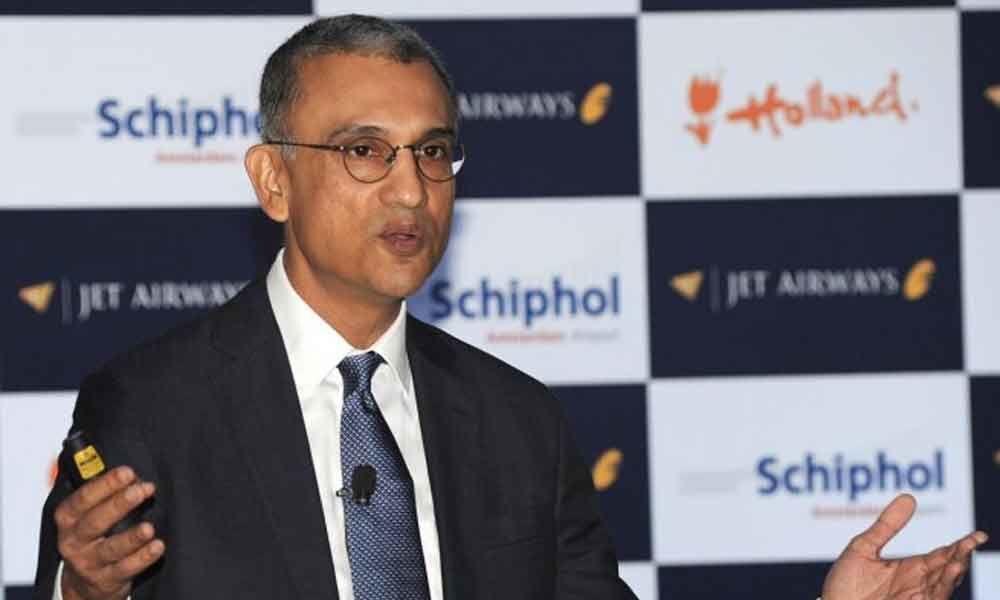 The carrier's Chief People Officer Rahul Taneja has also put in his papers.

Amid lenders scrambling to find a suitor, the cash-starved carrier on Tuesday announced the exit of three executives -- Dube, Agarwal and Company Secretary Kuldeep Sharma -- while a source said the carrier's Chief People Officer Rahul Taneja has also put in his papers.

Except for Agarwal, who quit on Monday, the rest resigned on Tuesday.

Dube's departure marked the end of his 21-month long tumultuous tenure during which the once-storied carrier shuttered operations due to cash crunch after more than 25 years of "happy flying."

"We wish to inform that Vinay Dube, Chief Executive Officer (CEO), has resigned from services of the company with immediate effect due to personal reasons," Jet Airways said in a filing.

Before joining Jet Airways as CEO in August 2017, Dube had served in various roles at companies including Delta Airlines, Sabre Inc and American Airlines.

He took over the reins of Jet Airways almost 15 months after the exit of his predecessor Crammer Ball. During this period, Agarwal was the acting CEO.

Agarwal quit with effect from May 13 due to personal reasons, as per another filing.

"We wish to inform you that Kuldeep Sharma, Company Secretary and Compliance Officer, has resigned from the services of the company with immediate effect," Jet Airways said in another filing on Tuesday.

Shares of Jet Airways, which stopped flying from April 17 after it ran out of cash, plunged over 7 per cent on the bourses on Tuesday.

In late March, Jet Airways founder Naresh Goyal along with his wife Anita Goyal as well as Etihad Airways' nominee director Kevin Knight stepped down from their respective positions following a debt-recast plan.

Naresh Goyal also stepped down from the post of chairman.

Etihad is a strategic investor in Jet Airways.

At present, Etihad nominee Robin Kamark, Ashok Chawla and Sharad Sharma are the only directors on Jet Airways's board, as per the airline's website.

On behalf of the lenders, SBI Caps had sought bids for sale of up to 75 per cent stake in Jet Airways.

After the first round of bids, private equity firms IndiGo Partners and TPG, Etihad Airways and National Investment and Infrastructure Fund (NIIF) were shortlisted.

Abu Dhabi-based Etihad Airways submitted its bid to acquire a minority stake in Jet Airways with a lot of riders that involved finding more investors, leaving little hope for the airline's survival.

"Etihad re-emphasises that it cannot be expected to be the sole investor, and that, amongst other requirements, additional suitable investors would need to provide the majority of Jet's required recapitalisation," Etihad said in a statement on May 10, which was the last date for submission of bids.