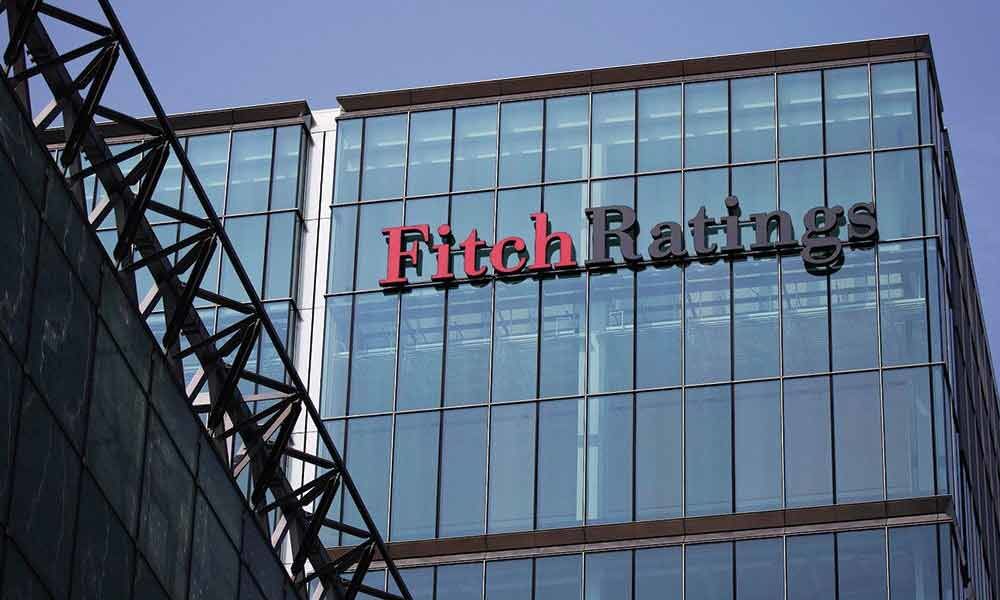 New Delhi: Fitch on Monday cut India's growth forecast for the current fiscal for a second time in a row to 6.6 per cent as manufacturing and agriculture sectors showed signs of slowing down over the past year.

The global rating agency had earlier in March lowered the growth estimate for 2019-20 to 6.8 per cent, from 7 per cent projected earlier, on weak momentum of the economy.

The cut in growth forecast comes ahead of the presentation of the Union Budget on July 5. Indian economy grew at its slowest pace in five years at 6.8 per cent in 2018-19. In the January-March quarter, the growth slumped to a five-year low of 5.8 per cent.

RBI has projected a growth rate of 7 per cent for the current fiscal. India's GDP growth declined for the fourth consecutive quarter in January-March, with the economy expanding by 5.8 per cent, down from a cyclical high of 8.1 per cent in the March quarter of 2018.

"This is the lowest growth outturn in five years. The slowdown over the past year has been driven by steadily cooling activity in the manufacturing sector and, to a lesser extent, agriculture. Weaker momentum has been mainly domestically driven, though export growth has also faltered more recently," Fitch said.

It said the Reserve Bank has cut interest rates by 0.25 per cent in its June meeting - the third cut so far this year- in the face of weak growth momentum and contained inflation.

"We expect another 25-basis point cut later in 2019, which will push the policy repo rate down to 5.50 per cent. Monetary and regulatory easing from the RBI, along with a recovery in portfolio inflows, should support a recovery in credit to the private sector and reverse the drag from the negative credit impulse," Fitch added.

It said lower lending by non-bank financial companies has weighed on growth in infrastructure and consumption, even though banks have partially compensated by ramping up their lending to the private sector.

"Monetary and regulatory easing from the RBI, along with a recovery in portfolio inflows, should support a recovery in credit to the private sector and reverse the drag from the negative credit impulse," Fitch said.

By the end of 2019, Fitch expects the rupee to be around 70 to the $ and weaken further to 71 level by 2020. With regard to global growth, it said trade war is weighing on investment prospects and has sharply increased downside risks to world economic growth forecasts.

"Even though our base case assumes that further US tariffs on China are avoided, our world growth forecast for 2020 has been lowered. Increased uncertainty about trade is already making firms more cautious on capex," Fitch Chief Economist Brian Coulton said.

It cut world growth forecast for 2020 to 2.7 per cent, from 2.8 per cent earlier. China's growth is expected to come down to 6 per cent, from 6.1 per cent, while for United States Fitch expects growth would be lower at 1.8 per cent, as against 1.9 per cent estimated earlier.