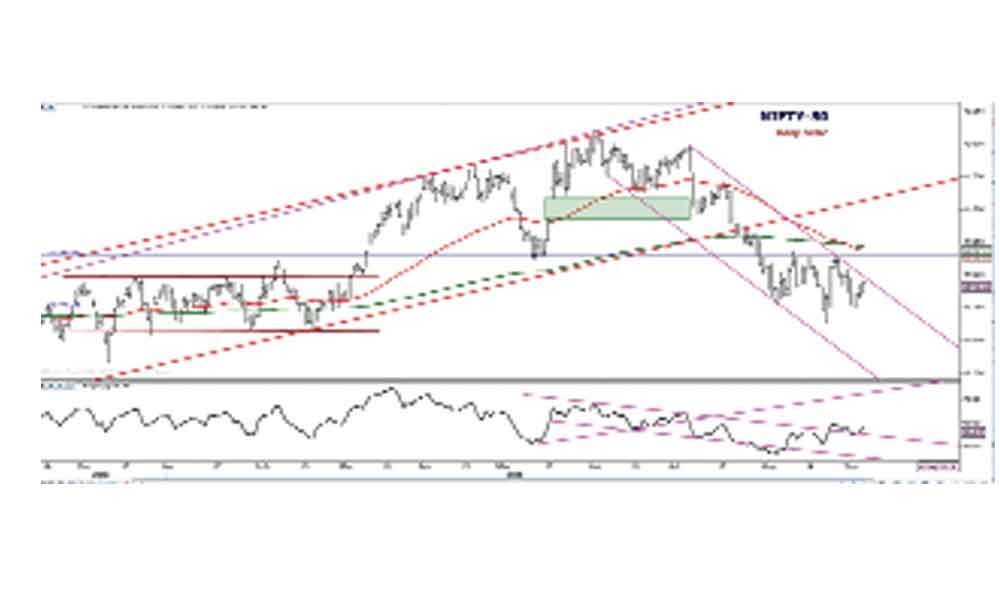 Despite the series of stimulus measures by the government, market sentiment did not improve. FIIs continue to sell heavily in the equity market. They sold Rs 5272.91 crore worth of shares just in four trading sessions in September.

With positive news flow, the Nifty metal index gained 3 per cent and the Auto index rose by 1.3 per cent. Nifty PSU Bank index was down by 3.8 per cent and FMCG index fell 2 per cent.

Nifty is still moving in a downward channel but has not made any lower low or a higher high.

Barring August 23, Nifty is moving in 10746- 11146 range for the past 21 trading sessions. It looks like forming inverted Head and Shoulder at the bottom with a neckline at 11146. There is a lot of symmetry between the two shoulders.

However, before breaking the probable inverted head and shoulder, the Nifty needs to break the downward channel. Even though Nifty is making higher lows and highs for the past three days, the volumes are not improving.

This is not a good sign for bulls. And Nifty formed dragonfly doji or hammer kind of pattern on a weekly chart. Nifty closed above the short-term moving averages 5 and 8 EMAs. But it was unable to move above 20DMA.

Most importantly, Nifty did not retrace even a minimum of 23.6 per cent of a fall from 3rd June High to 29th August low. The retracement level is placed at the channel resistance line of 10,983. Even the long-term trend of the last 10 year is also broken.

In this scenario, every pullback is attracting fresh selling. There are short positions in the market at historically higher levels. For the last two weeks, Nifty is trading within the prior week low.

This back to back inside bars are rare in nature like last weeks hammer candle in all time frames. In this consolidation pattern formation period, the MACD line is above all the formation time and the RSI is moving in an upward channel by making higher highs and higher lows.

These indicators are giving a positive future in the zone. Another major index, the most liquid BankNifty is still making lower highs and trading below the short-term moving averages. There are no positive divergences visible.

If Nifty breaches on either side, the move will be a sharper and euphoric on either side of the move. Wait for a breakout or a breakdown for a big move.