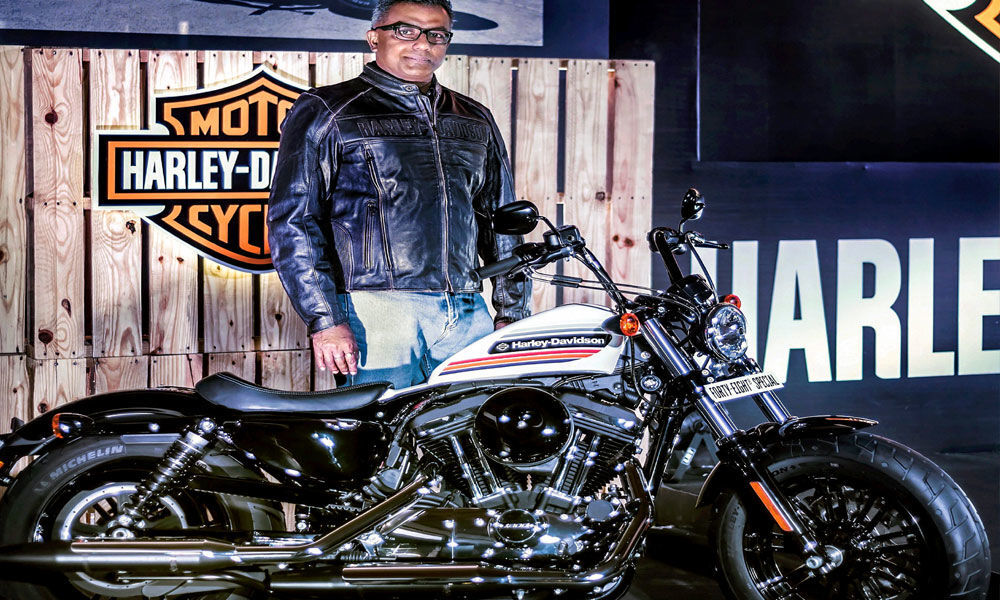 New Delhi: American cult bike manufacturer Harley-Davidson on Thursday said it aims to further consolidate its position in the over 1,600-cc segment in...

New Delhi: American cult bike manufacturer Harley-Davidson on Thursday said it aims to further consolidate its position in the over 1,600-cc segment in India, which it currently dominates with over 90 per cent market share.The company launched its 1200-cc model Forty-Eight Special in India priced at Rs 10.98 lakh (ex-showroom Delhi) here. It currently has four models in its big bike (over 1,600-cc) portfolio in the country.

"We definitely will be consolidating in the big bike segment," said Harley-Davidson India Managing Director Sajeev Rajasekharan. Sales in the 1,600-cc plus bike segment in India currently stands at over 600 units annually. Rajasekharan said last few years have witnessed consistent growth in terms of big bikes; and the company has been able to maintain its leadership position.

"We expect the market to grow from this year as the trends have been positive. More models are there and road infrastructure has been improving. There is more awareness and all these factors will trigger further growth in the market," he added.

Last year, Harley-Davidson had reported sale of over 3,000 units in the country. The company's bikes are priced between Rs 5.33 lakh (Street 750) and Rs 50.53 lakh (CVO Limited). When asked about the time-frame for introducing small capacity bikes in India, Rajasekharan said there is "not much to share on that".

Last year, Harley-Davidson had announced plans to develop a 200-500 cc motorcycle through a strategic alliance in Asia which will be used to primarily fuel its growth in India. On introducing its Livewire electric bike, he said, "We would launch it in the US and Europe; and when infrastructure is ready, Harley would look at spreading out to other markets as well."

He said that there is a lot of emphasis on electric mobility in India and the company is very happy with the positive changes that are happening to get the environment more conducive for launch of such vehicles. The company on Thursday also introduced an updated version of its touring bike Street Glide Special priced at Rs 30.53 lakh.

Commenting this new edition, Rajasekharan said the bike now comes with an upgraded 1,868-cc engine and other accessories. The model is one of the three touring models that Harley-Davidson sells in country right now. Other two have already been updated and launched. On company completing ten years in India, Rajasekharan said this "is just the beginning as we remain the cruiser of choice for many riders".

With the all-new Forty-Eight Special, the company takes its motorcycle line up in the country to 17 models". Over the past ten years one of every two big bikes sold in the country has been a Harley, he added.