In opening trade, Rupee rebounds to 19 paise against US Dollar, currently at 72.20 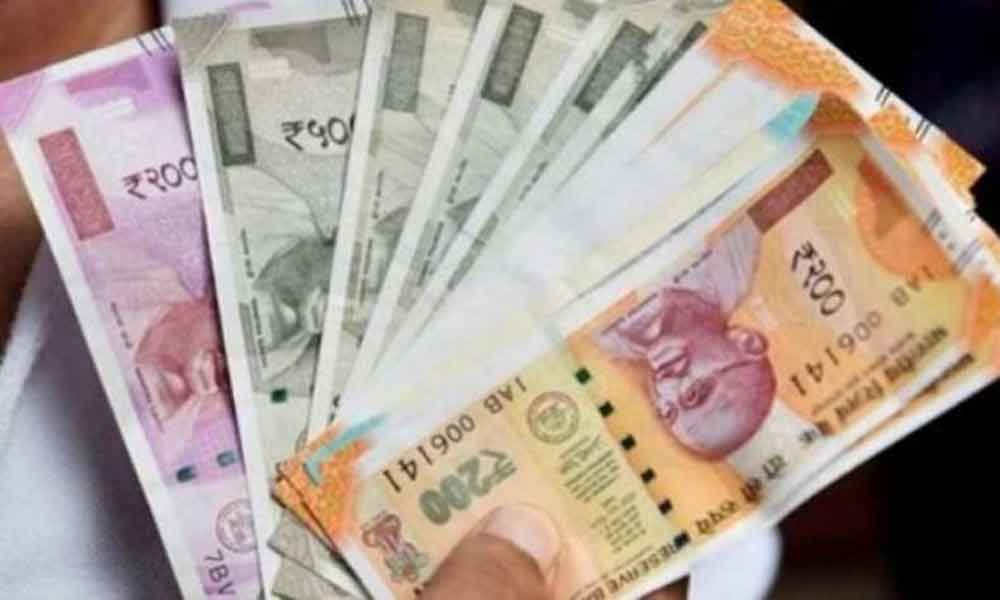 The rupee rebounded 19 paise to 72.20 against the US dollar in early trade on Wednesday, amid weakening of the American currency in overseas market.

Mumbai: The rupee rebounded 19 paise to 72.20 against the US dollar in early trade on Wednesday, amid weakening of the American currency in overseas market.

The rupee on Tuesday had dropped sharply by 97 paise to more than nine-month low of 72.39 against the US dollar as heavy sell-off in the domestic equity market, weak macro environment and a stronger greenback kept investors edgy.

At the interbank foreign exchange on Wednesday, the rupee opened at 72.20, registering a rise of 19 paise over its previous close of 72.39.

The domestic unit could not hold on to the gains and was trading at 72.23 against the dollar at 1003 hrs.

Forex traders said the domestic unit gained following the weakening of the American dollar vis-a-vis other currencies overseas. The dollar index, which gauges the greenback's strength against a basket of six currencies, fell 0.08 per cent to 98.92.

The 10-year government bond yield was at 6.51 per cent in morning trade.

The Indian currency came under pressure after official data released on Friday showed that India's GDP growth fell to an over six-year low of 5 per cent in the June quarter.

Besides, the growth of eight core industries dropped to 2.1 per cent in July, mainly due to contraction in coal, crude oil and natural gas production.

"We are doing very well in our negotiations with China. While I am sure they would love to be dealing with a new administration so they could continue their practice of 'ripoff USA' (USD 600 B/year), 16 months plus is a long time to be hemorrhaging jobs and companies on a long-shot...., Trump said in a tweet Tuesday.