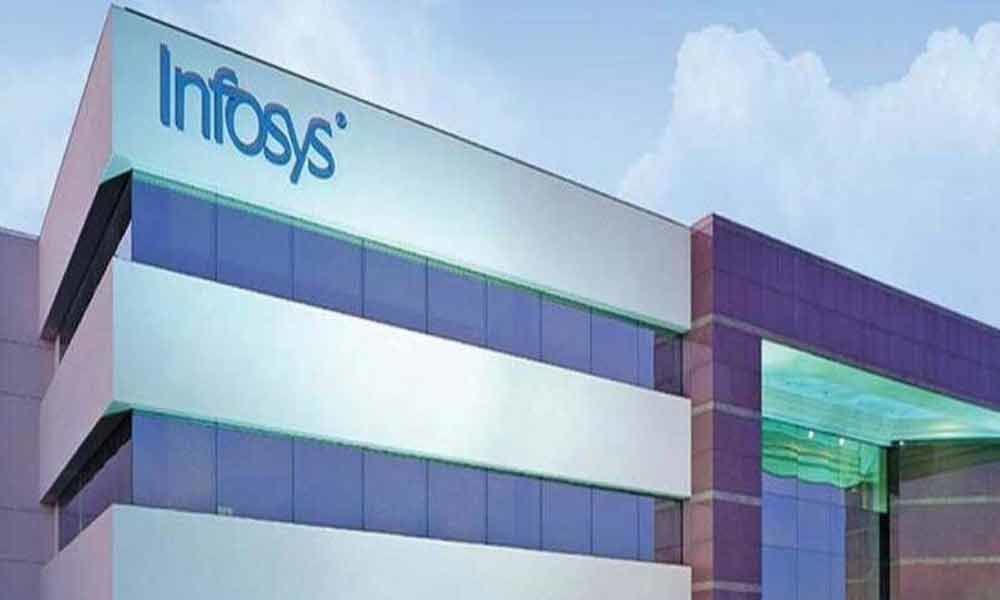 While Infosys guided towards 7.5-9.5 per cent growth in revenue for FY20, TCS has said that it is positioned strongly for the new fiscal.

Infosys -- whose earnings announcement coincided for the first time with that of larger rival Tata Consultancy Services (TCS) -- saw its revenues increase 19.1 per cent to Rs 21,539 crore in the March 2019 quarter from Rs 18,083 crore in the year-ago period.

The country's second-largest software services firm said it expects its topline to grow 7.5-9.5 per cent in FY 2019-20 in constant currency terms.

In October, Infosys had raised its revenue growth outlook for FY19 to 8.5-9 per cent from 6-8 per cent (given at the beginning of the fiscal). "Looking at what we have done in terms of the full year in new wins but also making sure that we look at what is going on in the market.

We have a very strong acceleration in the full year. And therefore, guidance if you recall for fiscal 2019 was 6-8 per cent and now, we have bumped it up to 7.5 to 9.5 per cent," Infosys CEO and Managing Director Salil Parekh told reporters.

He added that from the company's perspective, this is "a very strong movement on the guidance in the growth direction". While TCS does not offer revenue forecast, the Mumbai-based firm has exuded confidence that its deal pipeline is robust and that it is positioned strongly for the new fiscal.

According to TCS CEO Rajesh Gopinathan, this is the "strongest revenue growth" that the company has posted in the last fifteen quarters. For the full financial year, Infosys' net profit declined by 3.9 per cent to Rs 15,410 crore, while revenue increased 17.2 per cent to Rs 82,675 crore.

"Our planned investments have started yielding benefits. As we look ahead into fiscal 2020, we plan to deploy various measures of operational efficiencies across the business," Infosys CEO Parekh said in a statement.

He termed the results as strong on multiple fronts, including revenue growth, performance of digital portfolio, large deals and client metrics. In the fourth quarter, Infosys' digital revenues were at $1.03 billion (33.8 per cent of total revenues) -- registering year-on-year growth of 41.1 per cent.

Infosys expects its operating margin in FY20 to be in the range of 21-23 per cent. Margins for FY19 stood at 22.8 per cent. For the financial year 2019, the company's board has recommended a final dividend of Rs 10.50 per share.

After including the interim dividend of Rs 7, the total dividend for the fiscal will amount to Rs 17.50 per share. Sanjeev Hota, AVP Research at Sharekhan by BNP Paribas, said Infosys has delivered mixed set of earning performance but its revenue guidance is a tad "conservative".

"Deal wins remain strong and management has guided for 7.5-9.5 per cent revenues growth for FY20E (estimate), which we believe is bit conservative.

"Nevertheless, company delivered strong growth on digital revenues front. On the flip side, management has lowered the margins guidance to 21-23 per cent, which was below our expectations and also attrition inched up during the quarter," he said.