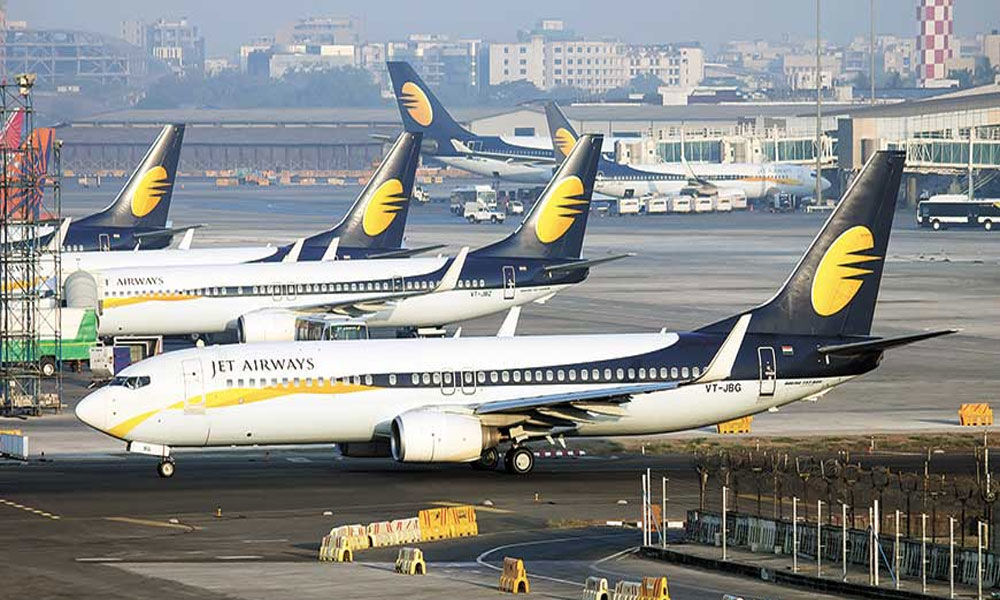 On the traded volume front, 54.11 lakh shares were traded on the BSE and over 6 crore shares on the NSE during the day.

New Delhi: Shares of Jet Airways continued to rise for the second day on Tuesday and closed 6.5 per cent higher on the bourses following the exit of Chairman Naresh Goyal and his wife Anita Goyal from its board.

On the traded volume front, 54.11 lakh shares were traded on the BSE and over 6 crore shares on the NSE during the day.

Shares of Jet Airways had zoomed 15.5 per cent on Monday.

Naresh Goyal and his wife will resign from the board of the airline, according to a regulatory filing on Monday.

The decision was taken at the airline's board meeting held in Mumbai on Monday.

In the filing to the stock exchanges, Jet Airways on Monday said Naresh Goyal, Anita Goyal and one nominee of Etihad Airways PJSC would step down from the board.

Abu Dhabi-based Etihad is a strategic partner with a 24 per cent stake in Jet Airways.

Naresh Goyal would also cease to be the chairman, the filing had said.

Further, immediate funding of up to Rs 1,500 crore would be provided to the cash-strapped airline by "way of issue of appropriate debt instrument", the filing added.

Jet Airways, which has been operating for more than 25 years, is grappling with financial crunch and is also looking to raise fresh funds.

The airline has suspended operations on at least 14 international routes till the end of April and over 80 planes are on the ground. As many as 54 aircraft have been grounded due to non-payment of lease rentals.