Gunjan Saxena - The untold story- The Kargil Girl First Look out: Janhvi Kapoor Gets Her Wings 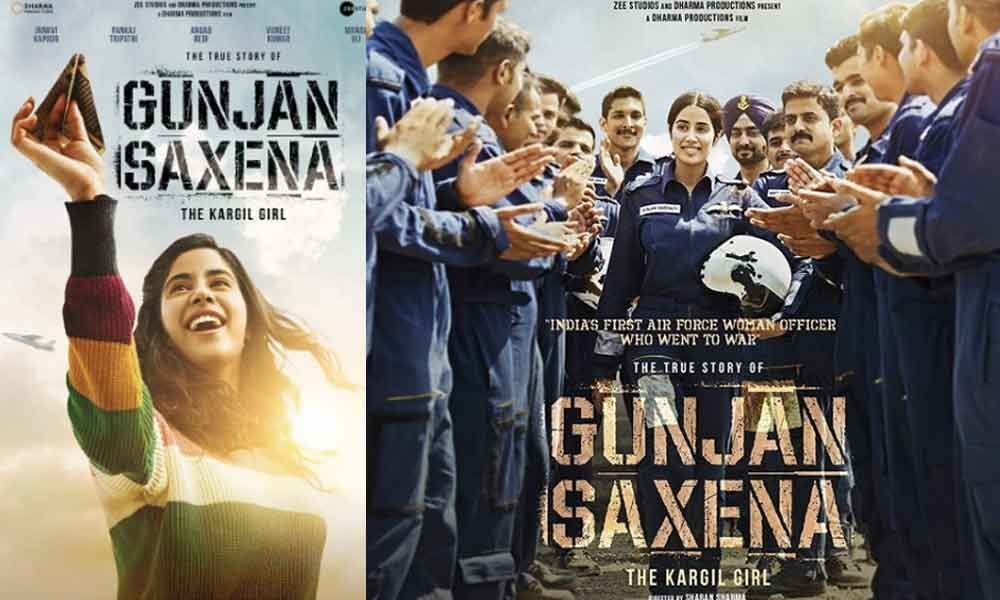 New Delhi: Today is a decent day as we were blessed to receive the first look posters of Janhvi Kapoor from the much anticipated biopic Gunjan Saxena - The Kargil Girl. Obviously that Janhvi Kapoor includes as Indian Air Force official Gunjan Saxena, who was India's first lady battle pilot to be authorized into the combat area during the Kargil War. Janhvi Kapoor recounts to the moving story of Gunjan Saxena with three first look blurbs. In the first, Janhvi includes as a young lady nearby playing with a paper plane - "She was told 'Ladkiyan pilot nahin banti', however she held fast and needed to fly," Karan Johar portrayed it. In the subsequent one, Janhvi includes in Gunjan Saxena's contender symbol, which is a tribute to: "India's first flying corps lady official who did battle."

Karan Johar elaborated on the feeling behind the motion picture and tweeted: "With shameless fortitude and boldness, she made her area in a man's reality." Last yet not the least, Janhvi highlights with Pankaj Tripathi in a charming dad little girl minute in the last blurb, which says: "Her mainstay of solidarity - her dad. He gave her the wings to fly!

Janhvi's producer father Boney Kapoor and her uncle Anil Kapoor additionally presented the biopic with enthusiastic messages: "Sky isn't the breaking point. You should go past. Glad for your beta," composed Boney Kapoor.

Here are the principal look blurbs of Gunjan Saxena - The Kargil Girl. Janhvi Kapoor's exercise center mate Katrina Kaif, Varun Dhawan, Alia Bhatt and Manish Malhotra (who was a dear companion of Sridevi) were the initial ones to cheer for Janhvi's new Bollywood motion picture.

Janhvi Kapoor co-stars with Angad Bedi, Vineet Kumar and Manav Vij in Gunjan Saxena - The Kargil Girl. The movie is coordinated by Sharan Sharma, who has likewise co-composed the content with Nikhil Mehrotra.