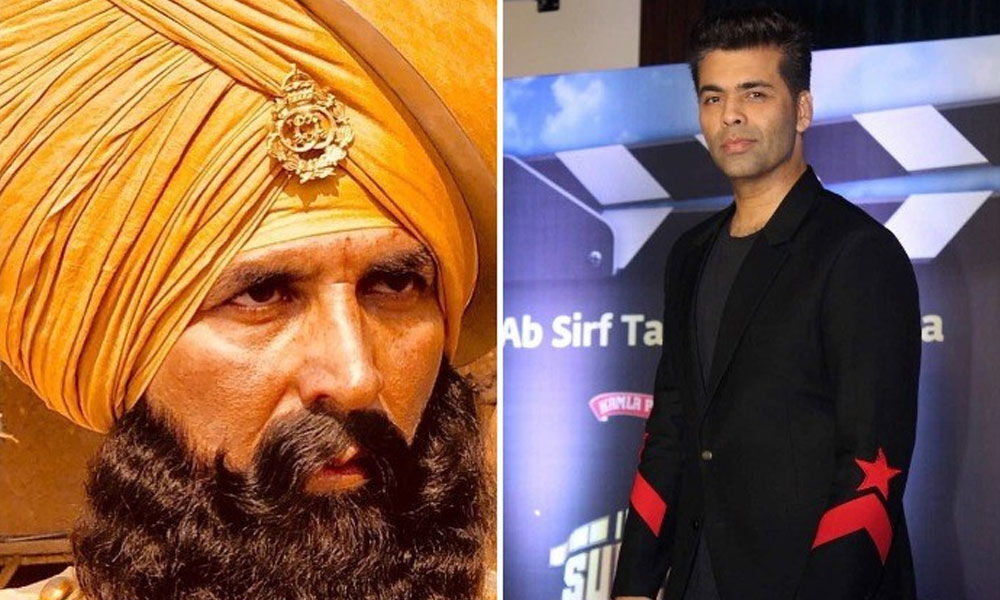 Producer Karan Johar, who is gearing up for the release of film titeld ‘Kesari’ has said that if leading actor of the film Akshay Kumar wouldn’t have done the film then, it would have been made with any other actor from Hindi film industry.

Producer Karan Johar, who is gearing up for the release of film titeld 'Kesari' has said that if leading actor of the film Akshay Kumar wouldn't have done the film then, it would have been made with any other actor from Hindi film industry.

Karan Johar was interacting with the media at promotional event of 'Kesari' along with film's lead actor Akshay Kumar, Parineeti Chopra and director Anurag Singh on Friday in Mumbai.

In 'Kesari', Akshay Kumar plays role of Havildar Ishar Singh who was the spearhead in the Battle of Saragarhi in which an army of 21 Sikhs fought against 10,000 Afghans in 1897.

Producer of the film Karan Johar praised Akshay Kumar by saying that makers of the film wouldn't have made the period-action-drama film if Akshay Kumar would have said no to it, he said, "There are so many forces that have come together to make this film. There is Anurag Singh, Azure Entertainment, Cape of Good Films and Zee Studios but there is only one indispensable factor and force of 'Kesari' like he (Akshay Kumar) had not agreed to do the film, it would not have seen the light of day and nobody should have made this film."

"If there was anyone actor of Indian cinema who should have portrayed Havildar Ishar Singh then it's this (Aksahay Kumar) man. There was nobody else who can play what he did and has done what eventually he has done tirelessly, passionately and so much heart that there is no more heart left."

Since Uri and Pulwama terrorist attack, national sentiments are on high when it comes to patriotic films and one of the major example of that is success of Vicky Kaushal starrer 'Uri – The Surgical Strike' when asked Johar whether he feels that his film would get benefit from the current environment of the country as his film also revolves around patriotic theme, he said, "When we announced and made this film that time, the atmosphere that you are talking about wasn't there. We have made this film with lot of heart and efforts. If you genuinely love this country and if you feel emotional for people who have sacrificed their lives for the country then, this film will relate and resonate with you in any atmosphere."

Akshay Kumar has worked in numerous patriotic theme based film and he is one of the main reasons that government of India launched 'Bharat Ke Veer' app which supports families deceased soldiers, when asked Johar whether he felt because of these it was easy to convince Akshay Kumar to do this film, he said, "Initially, when Anurag (Singh) and all of us went to Akshay it was because of not only the dignity that he has always brought to the silver screen but also the prowess that he has as a mega movie star. I feel if there is one man who can stand, scream and scare a battalion of people then, its Akshay Kumar. I feel the inherent conviction that Akshay Kumar just doesn't come from his presence.

It comes from his body of work, it comes from the eyes that have humanity in, it comes from humanitarian work that he does so, it's a combination of various factors that encompass the magic and magnitude of Akshay Kumar so, when you write a narrative such as 'Kesari' in which you have a man leading an army of 21 soldiers to combat an army of 10000 people then, there are very few names that pop up in your head and Akshay Kumar was leading that list. He was only our top to bottom choice for this film. Like I said earlier, had Akshay Kumar declined the making of 'Kesari' then this film would not have been made."