I'm with Natasha because she has her own individuality: Varun Dhawan 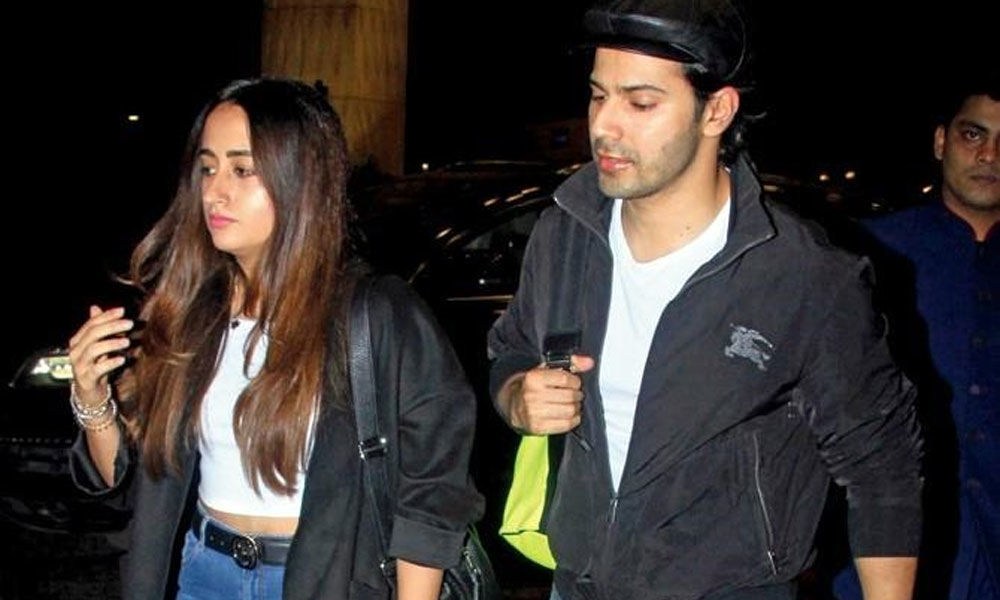 Varun Dhawan gearing up for Kalank says Natasha individuality is what he loves the most.

Varun Dhawan gearing up for Kalank says Natasha individuality is what he loves the most.

The actor opened about his relationship with his longtime girlfriend during the 'Koffee with Karan' season 6 episode. The makers of the now off-air show have been sharing some behind the scene snippets that didn't make it to the audience after releasing one where Priyanka is gushing over Kareena's pregnancy style they will soon release a new one.

A statement said the unseen footage from the episode will air on Star World on Sunday.

In the video snippet, Varun can be seen saying, "Where me and Natasha are concerned, I think, eventually, after we get married, we are together all that stuff, she has to, she has her own individuality,"

Rumors have begun spewing that Varun is soon getting married to Natasha Dalal, who is a fashion designer by profession, though there has been no official confirmation from the couple.

Reminiscing further Varun said, "Because I have known her, we were in school together. We were just friends, we weren't dating then. But since day one she has been supportive of my dreams and it has to be the same. It has to be equal from my side. From my side, I have to be supportive of her dreams also, or what she wants to achieve, or what she likes. Eventually, I think as a couple you want to evolve together."

Varun will be seen returning on screen with debut costar Alia Bhatt in Karan Johar production Kalank. The two have given many hits together like 'Badrinath ki Dulhania' and 'Humpty Sharma Ki Dulhania'.

The period drama is rumored to now hit theaters on April 17 instead of 19.