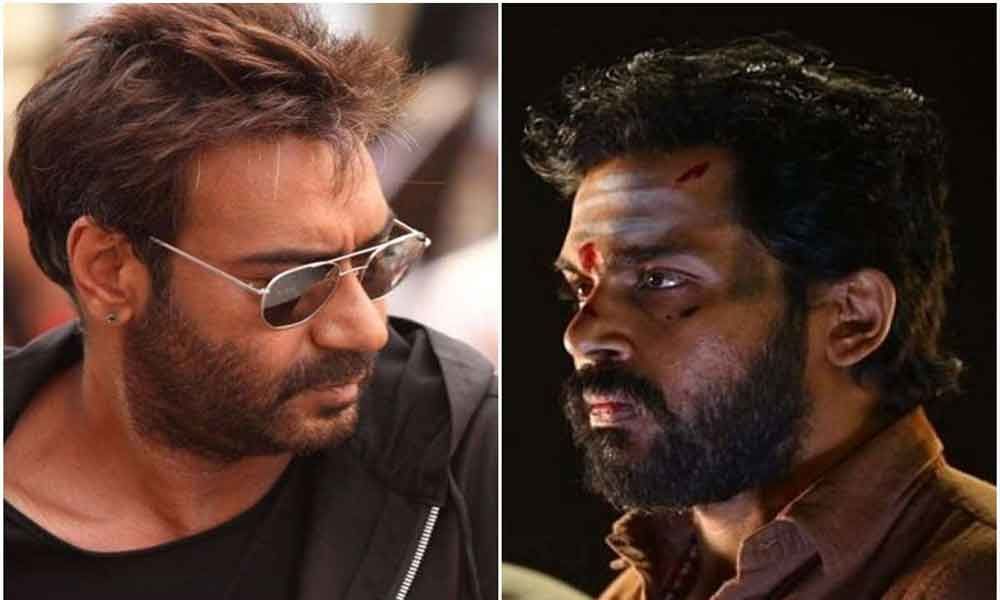 Kaithi starring Tamil actor Karthi won several hearts in Kollywood. Karthi's role received a lot of praise not only from fans but critics too.

Kaithi starring Tamil actor Karthi won several hearts in Kollywood. Karthi's role received a lot of praise not only from fans but critics too. The movie was a box office hit and raked in crores too. The movie was dubbed into Telugu. Kaithi won the hearts of filmmakers across the industries, who made a beeline to buy the remake rights in Hindi.

We already told you that Reliance Entertainment and Dream Warrior Pictures had bought the remake rights of Kaithi in Hindi. The cast was yet to be announced, now there is an official announcement on who will play the lead role in Kaithi Hindi remake.

Bollywood actor Ajay Devgn has come on board to reprise Karthi's role in Kaithi Hindi remake. This is no guess. The news has been officially confirmed by the actor himself on Twitter. On his social media handle, Ajay Devgn posted: Yes, I'm doing the Hindi remake of the Tamil film Kaithi. Releases on February 12, 2021.

The film will soon go on floors and is expected to hit the screens in February next year.

The Tamil original Kaithi starred Narain, Dheena other than Karthi who played pivotal characters. It remains to be seen if director Lokesh Kanagaraj who wielded the megaphone in Tamil will helm the Hindi version too. The director is currently busy with the shoot of Thalapathy Vijay's Master which is on floors.