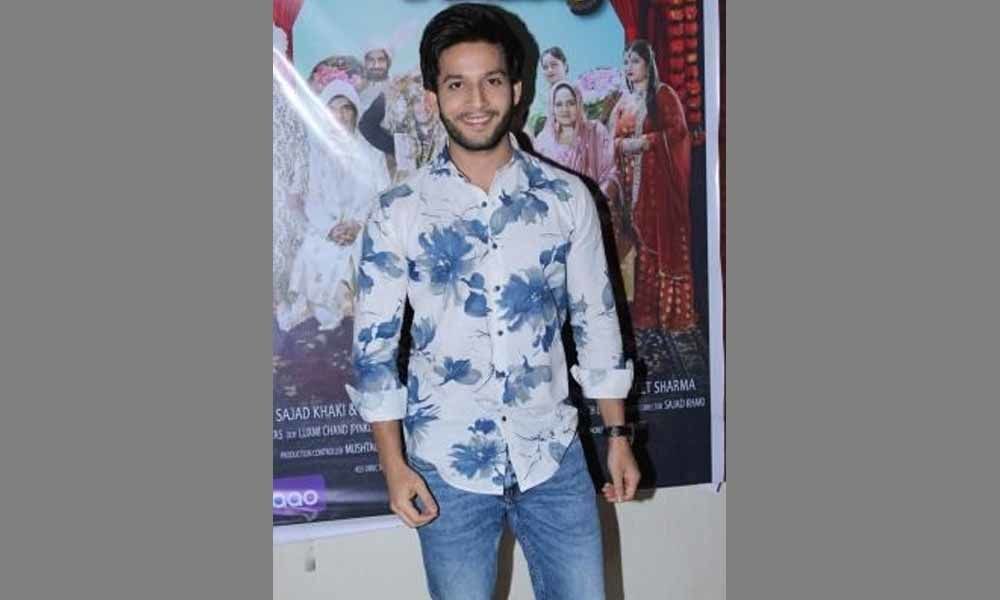 Debutante Actor Arjun Manhas, who is geared up to play main lead in forthcoming family drama, Shaadi Ke Patasey, says the film is a complete package which will relax and entertain the audience.

Debutante Actor Arjun Manhas, who is geared up to play main lead in forthcoming family drama, Shaadi Ke Patasey, says the film is a complete package which will relax and entertain the audience.

Talking about his film and expectation at the box-office, Arjun Manhas said, "It is a light hearted comedy drama, a genre which everyone enjoys, people go to theater to relax and get entertained, so the audience will enjoy the film and will relate to it as well. This film is complete package, which will relax and entertain them.

Expectations at the box-office are huge. See the product is good and we have worked really hard as well, so I am hoping that film will do well"

Set in beautiful valleys of Jammu and Kashmir, the film is a comedy drama set around arranged marriages and tussle in family. The trailer for the film is out and has been appreciated positively.

Talking about the response, Arjun said, "The Trailer of the film looks very promising and we got to witness something new on the screen. And the kind of response I got from people who has watched it, they like it. It is a refreshing and unusual story from the genre it belongs to.

As far as film is concerned, it is a light hearted family drama, a comedy drama, so the film comes with a lot of fun element. The story is based in Jammu and Kashmir. It is a true story, which our producer narrated to our director, so he took some elements from the story and created an impressive narrative.

Adding further Arjun said, "The story is set in a village, about a lower middle class family, a boy and girl like each other and study in the same school but they haven't expressed their feelings to one another. In the mean time to their surprise, their parents fix their marriages to their partners, arranged marriage so to speak. So after getting married, the trouble starts, little arguments, adjustment issues and sweet tussles with family and in-laws, so that is crux of the film and I got to admit, it is a good movie"