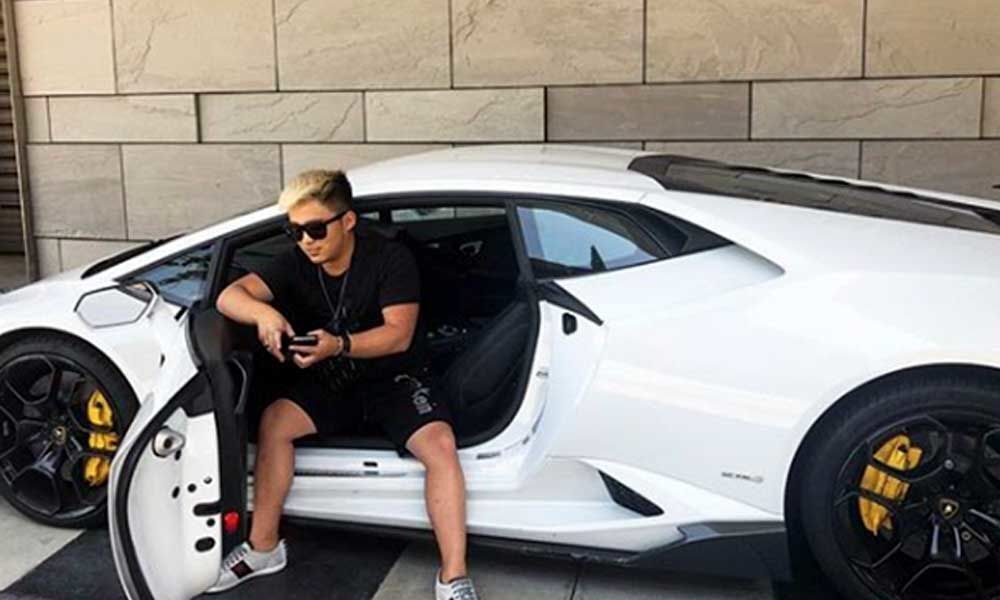 From a struggled childhood to the most luxurious lifestyle, Stephen Liao has made his life an inspiration to so many people

From a struggled childhood to the most luxurious lifestyle, Stephen Liao has made his life an inspiration to so many people

Unable to sleep in a healthy environment, feeling incapable to complete his education and the wrestle to feed himself made Stephen what he is today. He elaborated in his social handle how he has seen the worst phase of his life. On the way to success, it is inevitable to expect that there would not be any hindrances or hurdles. They are a part of every success tale. Like any other successful human being, he too passed all the tests that destiny put him through. What is appreciated in today's world is how people work in a smart way rather than in a hard manner.

He excruciating journey into the Bollywood is worth the praise. Stepping foot into the world Bollywood so definitely going to give him a new recognition and opportunities to explore. Enhancing his socializing skills and giving him a platform to reach a greater audience, is the power of the film industry.

Stephen found his best ways and hacks to earn money in the best possible way. Not only this, he motivates people to live the same lifestyle that he is living by sharing his ways and techniques to work smarter. He shares pictures of his house, his lifestyle, his workplaces and his travel diaries. Seeing a privileged lifestyle, it is definite that people should get motivated to work efficiently and earn in the best possible way.

Stephen is a humble and generous human being. He believes in sharing the secret to success and helping as many people as he can. Life is not a bed of roses. He has lived this phrase and he understands the true meaning of this saying. But he also believes that one should live his life to the fullest and should not compromise in fulfilling their dreams, once there is a chance. He contributes his money is living luxuriously as well as building a future for himself. Wherever he goes, he makes it a possible chance for his followers to earn credits and valuable cards that would help them earn the same luxury. He provides them with details and steps to follow, which will eventually give them all the particulars as to what must be done. It's a characteristic of a human being who is respectable and munificent.

Stephen wants to expand his knowledge and his work ethics across the globe. He travels and enhances his social circle in order to achieve greater things in life. The compatibility of his working mannerisms and his talent for decoding methods to earn credits is praise-worthy. Exploring such talent is only possible when life throws you away at a dead end. He enhanced this talent and kept fighting the struggles he met on the way. He wants to collaborate with brands and enhance his investments as well. Most people do have the courage to manage their success and to drive their earnings in the most potential direction. But Stephen has been learning from every step of his life. He is smart and talented. He is extremely efficient in what he does irrespective of the situations he faces.

Stephen has earned the glory to live luxuriously at a very young age. It is commendable and something to learn from. He is a social figure that sets the benchmark for so many pursuing youngsters. Not every success story is easy to believe and he is one of those. The best lines he could have said to his followers is to give up on the thought of the past and the pain that the past has given because it is a part of life. Every human being will face it sooner or later. One must only have their focus on how to overcome the pain and hurdles and bring out the best future for themselves. Stephen has led his followers to the right path.