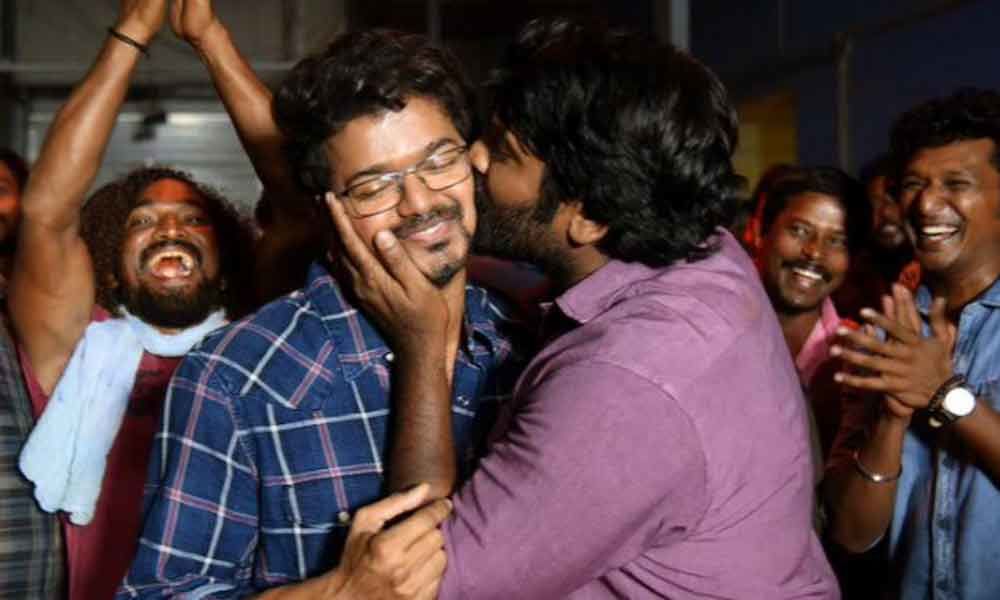 Thalapathy Vijay is on cloud nine, what with the kind of responses his upcoming movie Master is getting from the audience even before the crew has started promotions.

Thalapathy Vijay is on cloud nine, what with the kind of responses his upcoming movie Master is getting from the audience even before the crew has started promotions.

It's as if whatever happens on the sets or every move of Vijay is getting publicity for the actor and the movie.

We told you some days back that the Kollywood actor had sought a kiss from Vijay Sethupathi who obliged willingly and that the picture will beat that of Vijay's neyveli selfie which had gone viral.

Now, the makers have made it public. the picture from the sets shows Makkal Selvan Vijay Sethupathi giving a peck on Thalapathy Vijay's cheek.

The photo has taken the internet by storm. Fans of the two actors have been sharing the picture like crazy and the Vijay-Vijay kiss picture has become one of the most talked about photos on social media.

The picture was first shared by the producers on their social media page with the message.

"Friends ah ninna powerful maapi #Thalapathy and #MakkalSelvan wrapping up the shoot in style. The countdown for celebration to kickstart. . . #MasterShootWrap." (sic)

Vijay's Master is being directed by Lokesh Kanagaraj. The movie is now being pushed into post-production and is expected to hit theatres sometime in April.