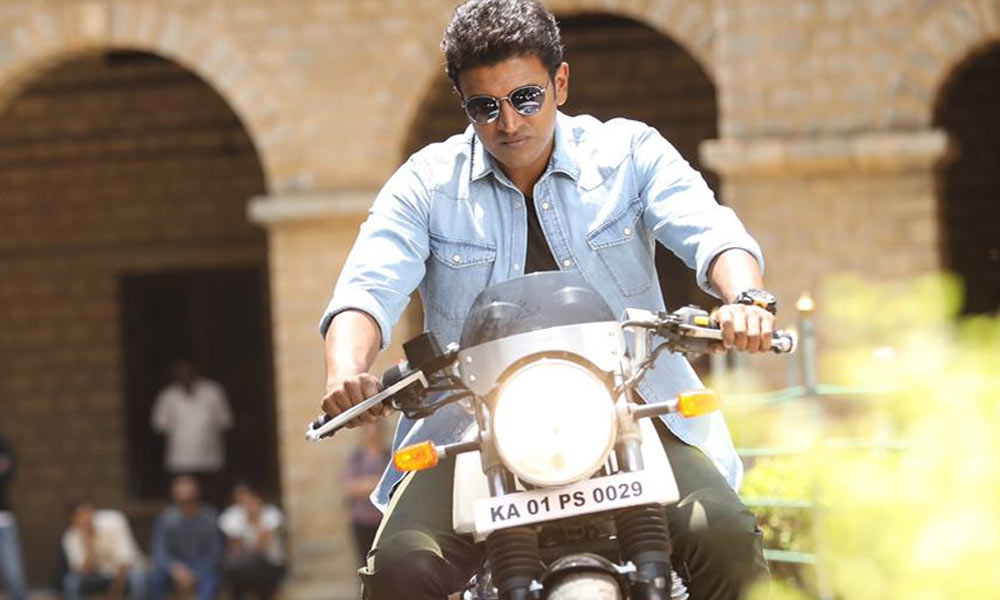 Sandalwood Power Star Puneeth Rajkumar has the habit of searching well known restaurants in places he visits and samples food from those hotels. The actor is a food lover and he attributes this quality to his father Dr Rajkumar who also had great affinity for food.

"My father was a great lover of food. He had great respect for food and never used to waste even a grain of rice while partaking his meal. He used to visit different places in different districts while attending shooting schedules and while he would act in dramas.

In the process, he used to eat those local foods. We also used to accompany him and enjoy the local cuisine. Now, the same practice is being continued even today," says Puneeth Rajkumar.

Now, the actor who had gotten busy with the promotional activities of his latest release "Yuvarathnaa", got a chance to sample some North Karnataka food along with the famous food reviewer Kripal Amanna. While enjoying his food, Appu also shared his knowledge about food with the viewers together with talking about his movie "Yuvarathnaa".

"In Karnataka, food habits change for every 50 kilometres. Each place is known for its own speciality food. Many a times, I have travelled just to enjoy these foods," says Puneeth.

Kripal Amanna also reciprocated the actor's statement. "I have visited enough old restaurants. I have seen the photos of your father in those hotels. They proudly admit that the late actor visited their place and enjoyed their food. People who are into food business regard Dr Rajkumar as God and Saint. They have great love and respect for your family," said Kripal Amanna.

Puneeth Rajkumar, who enjoyed a North Karnataka meal served on a plantain leaf, relished an item called "Junaka" and got it served twice.

Puneeth Rajkumar and Kripal Amanna's conversations centered around their favourite topic of different kinds of foods and their varied tastes and the vibes these tasty foods create. It was more like a conversation between two friends rather than an interview.

"I feel as if you are my good old friend, who met me after a long time. I am feeling so much of intimacy," stated Kripal Amanna while speaking to Puneeth. The director of Puneeth Rajkumar's "Yuvarathnaa", Santosh Anandaram, was also present during this meeting of two food freaks.