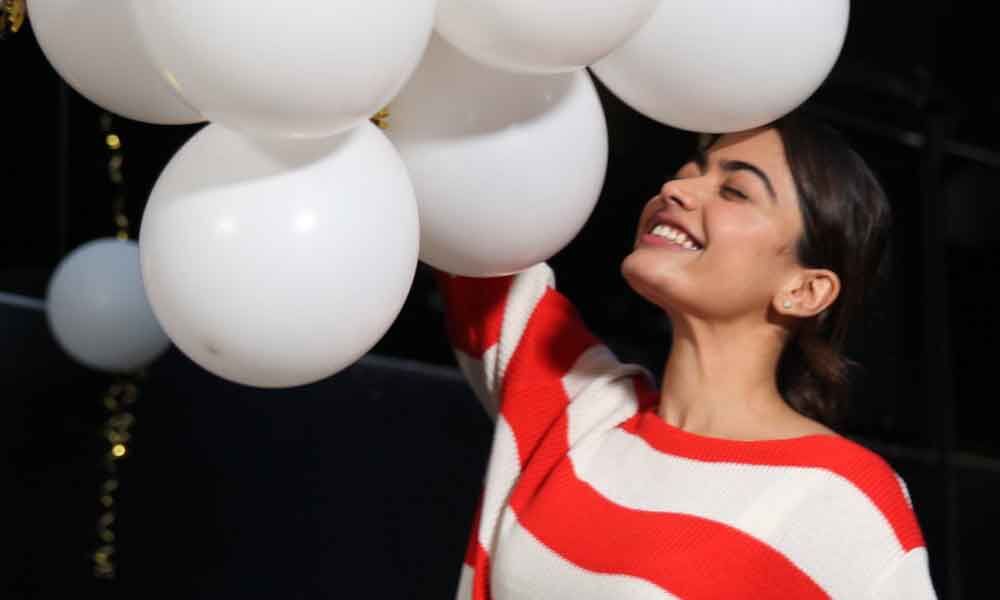 Greetings poured in from all corners for Rashmika Mandanna on the occasion of her birthday (April 5). Her fans and people from the film industry sent...

Greetings poured in from all corners for Rashmika Mandanna on the occasion of her birthday (April 5). Her fans and people from the film industry sent her birthday greetings. Actors Raashi Khanna, Keerthy Suresh, Bollywood actor Sidharth Malhotra, Allu Arjun and many others conveyed their best wishes via social media.

Rashmika thanked all those who wished her on the special occasion. But she thanked Allu Arjun in a very special way. Earlier, Allu Arjun who was holidaying at Maldives had sent a message wishing her on her birthday. "My greetings on the occasion of your birthday Rashmika Mandanna. May you have a good day."

But in response to Bunny's message, the actress while thanking the Tollywood Stylish Star for his greetings has asked for a gift. "Thanks very much sir. I want a gift from you."

Allu, Arjun who replied in the affirmative has agreed to her demand. "Sure.... Let us meet on the shooting sets," thus stated Allu Arjun who could not say 'no' to her request.

Allu Arjun, who had taken a break from shooting, was seen enjoying holidays with his family at Maldives island. Rashmika Mandanna is playing the lead actress opposite Allu Arjun in the movie "Pushpa". She is also busy with her Hindi movies along with her Telugu assignments.

She is currently acting in Bollywood projects "Mission Majnu' and "Good Boy". Rashmika Mandanna who celebrated her birthday with Amitabh Bachchan, has shared photos on social media.

Rakshith Shetty, who had shared screen space with Rashmika Mandanna in her debut movie, has also wished her on this occasion praising her achievements. Rashmika has responded by thanking him for his wishes.

Meanwhile, Rashmika's latest Kollywood offering Sulthan with Karthi, which marks her Tamil debut is doing well at the box office.