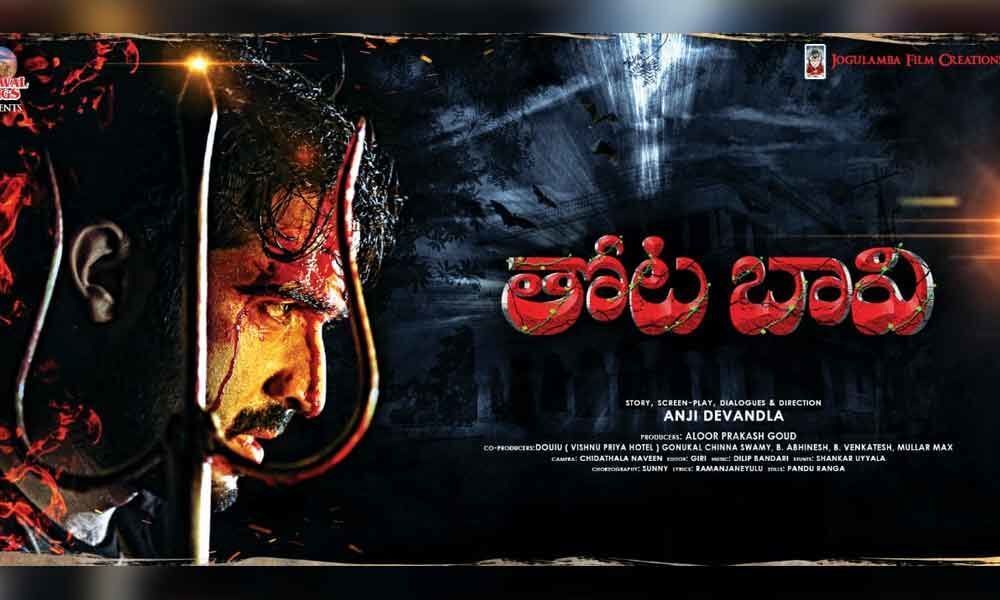 TV presenter and hero Ravi who is popularly known as Anchor Ravi is coming up with an interesting project.

TV presenter and hero Ravi who is popularly known as Anchor Ravi is coming up with an interesting project. Titled as Thotabavi, the movie stars Gouthami as a heroine.

Directed by Anji Devendla, the movie is produced by Aluru Prakash Goud under Jogulamba Creations production house. Chinna Swami, Dhouli and Abhishek are the co-producers.

The film unit launched the first look of the movie today and choreographer Sekhar did the honours.

The shoot is wrapped up and the makers are currently busy with the post-production activities.

The producer thanked Sekhar for launching the first look and thanked Ravi for extending great support in completing the film. Ravi assured the audiences that the movie will be a refreshing one just like the title.

The film unit is planning to release the movie in September.