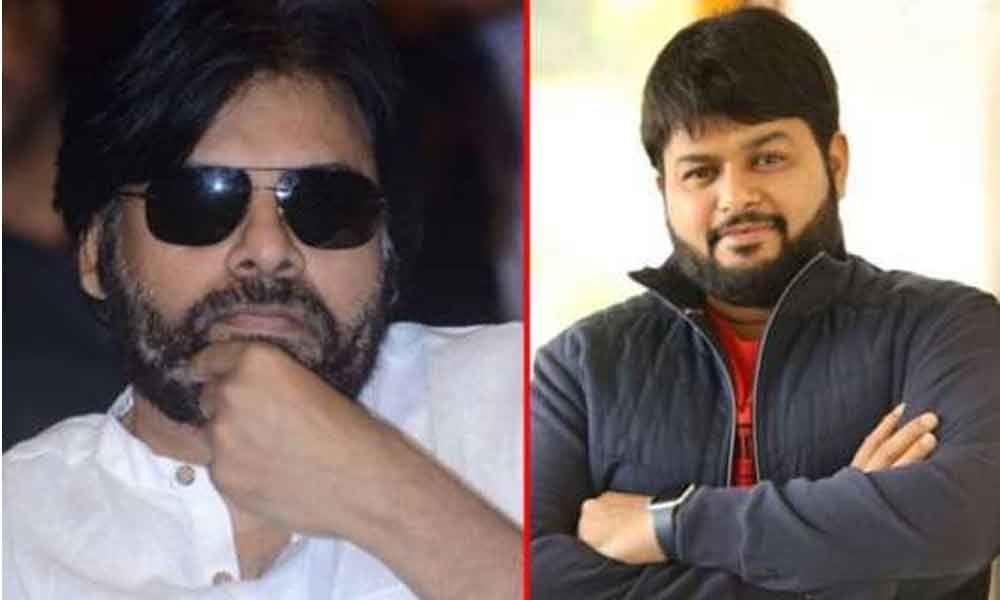 He became the rowdy policeman with Gabbar Singh…

He became the rowdy policeman with Gabbar Singh…

He stole the hearts essaying the role of Siddu Siddhartha Roy…

Got to know whom we are speaking about???

Yes… he is none other than Tollywood Power star Pawan Kalyan!!!

Working with this man is everyone's dream… The same thing happened with even the ace music director S S Thaman. He is a big fan of this mega clan hero.

According to his latest tweet, it becomes clear that Thaman is going to tune songs for Pawan Kalyan's latest movie 'Vakeel Saab'. Let us have a look at the tweet!

What a dream day met the person I wanted to work and make music .I played him the songs I composed 🎧
Felt So nervous & was sweating like anything in tension love & pressure ♥️
Finally it was all love & respect ✊
We r coming soon with our #firstsingle

According to this tweet, Thaman stated that his dream came true as he is working with his favy person. He also mentioned that the first single from this movie will be out soon.

This movie is directed by Venu Sriram and is produced by Dil Raju under Sri Venkateshwara Creations banner.