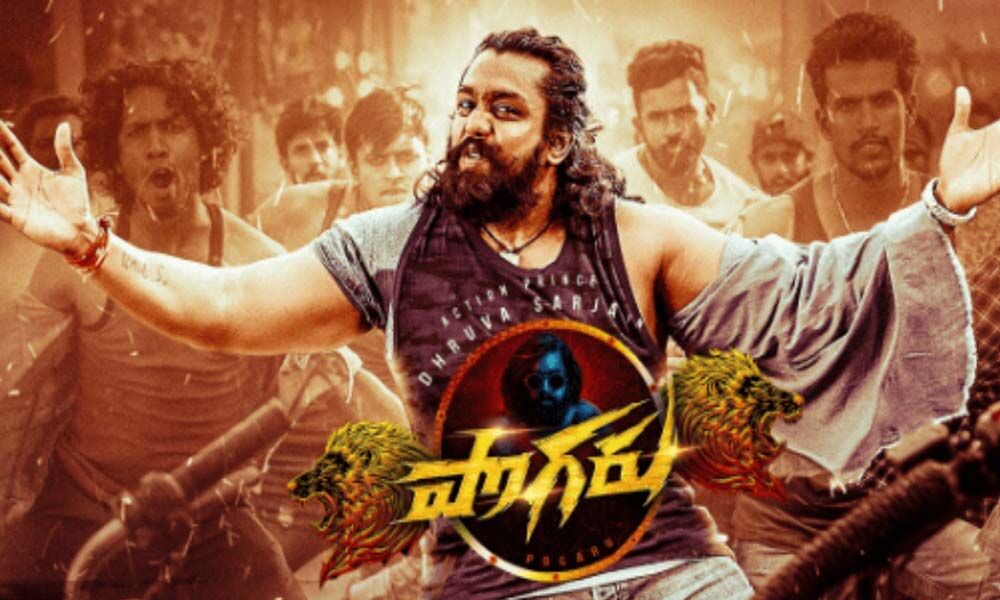 The first ever big budget movie that got released after lockdown was Dhruva Sarja starrer 'Pogaru'. The movie was quite successful at the box office....

The first ever big budget movie that got released after lockdown was Dhruva Sarja starrer "Pogaru". The movie was quite successful at the box office. Two months have lapsed since Pogaru hit the screens, and now it is all set to get telecasted on Udaya TV on 13th of this month on the occasion of Ugadi, which is new year for Kannadigas.

People who missed watching the movie in theatres can enjoy the movie on the small screen amid their festive celebrations. We hear that the satellite rights of this movie have been sold for a huge sum to Kannada's biggest entertainment channel Udaya TV.

Now, the channel is already telecasting the promo of this movie creating excitement among viewers. The movie, which is directed by Nanda Kishore, has Rashmika Mandanna in the female lead role opposite Dhruva Sarja. Rashmika has played the role of a teacher by the name Geetha. The song Kharabu was a big hit among music lovers. The movie "Pogaru" was caught in a controversy after some scenes were seen demeaning the Brahmin community. About 15 scenes were removed after the movie got re-censored following controversy.