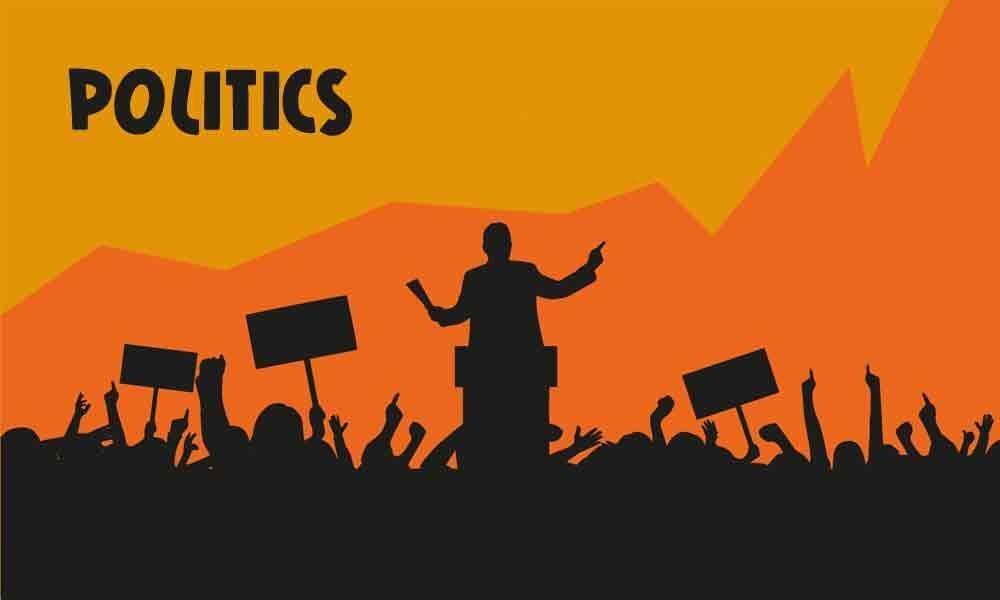 As the D-Day for poll results is fast approaching, the talk of forming a coalition is thick in the air.

As the D-Day for poll results is fast approaching, the talk of forming a coalition is thick in the air. Regional parties are trying to reach out to all those whom they consider as potential partners in forming the government at the Centre.

It is being speculated that even those parties like the TRS which had so far talked about a Federal Front that would be BJP and Congress mukt front is said to be trying to be cosy with the Congress.

It is also being said that the anti-BJP parties are expecting a kind of scenario that was witnessed in 2004.

In May 2004, the NDA lost power, ushering in a Congress-led coalition - United Progressive Alliance - after a gap of eight years with Manmohan Singh emerging as the surprise choice of the Congress to take the rein as the Prime Minister.

The Congress regained some ground lost in previous general elections, raising its representation in the Lok Sabha to 145 seats; the BJP's membership fell to 137 seats.

No party had the majority to form the government on its own and so the Congress formed United Progressive Alliance.

Sonia Gandhi again decided not to become the Prime Minister and hence a surprisingly Manmohan Singh's name was recommended, and it succeeded in being in power for two consecutive terms.

But this time the difference could be that the Congress may not be in a position to take the lead. The regional parties feel that this time it will be their turn to be in the forefront with Congress supporting them.

But then the deliberations and consultations which are likely to begin soon after the results are announced may finally come up with a surprise candidate who would be acceptable by all.

Who that surprise candidate is, well let us keep it as surprise though the name of a veteran political leader who is considered to be an intellectual as well as a time tested administrator is making rounds.

What the 21 parties which had come together on one platform with the slogan of 'Modi hatao' are still not sure is about who all would join them.

While the stand of Biju Janta Dal is not clear, the stand of the TRS which tried to push ahead the concept of Federal Front but could not get crystalised the idea so far is also something that needs to be watched.

It is also being said that in the event of BJP scraping through with wafer thin majority or close to majority, the TRS could join the NDA or extend outside support saying that it is for protecting the interests of Telangana.

In case if all regional parties come together and manage to get the magic figure, the TRS would not be lagging behind again in the interest of the State.

Some analysts say that the TRS may not go with the Congress supported alliance since Naidu will be playing a key role in it. But the TRS has already indicated that for them the State's interests dominate all other considerations.

What is interesting is that the TRS which went hammer and tongs against Mahakutami (Grand Alliance) during the campaign for Telangana Assembly elections and said the days of alliance is thing of past wants to be a major player in coalition government.

In fact, the party working president K T Rama Rao even went to the extent of saying that there was nothing wrong in coalition. A major drama would be unfolding from next week.