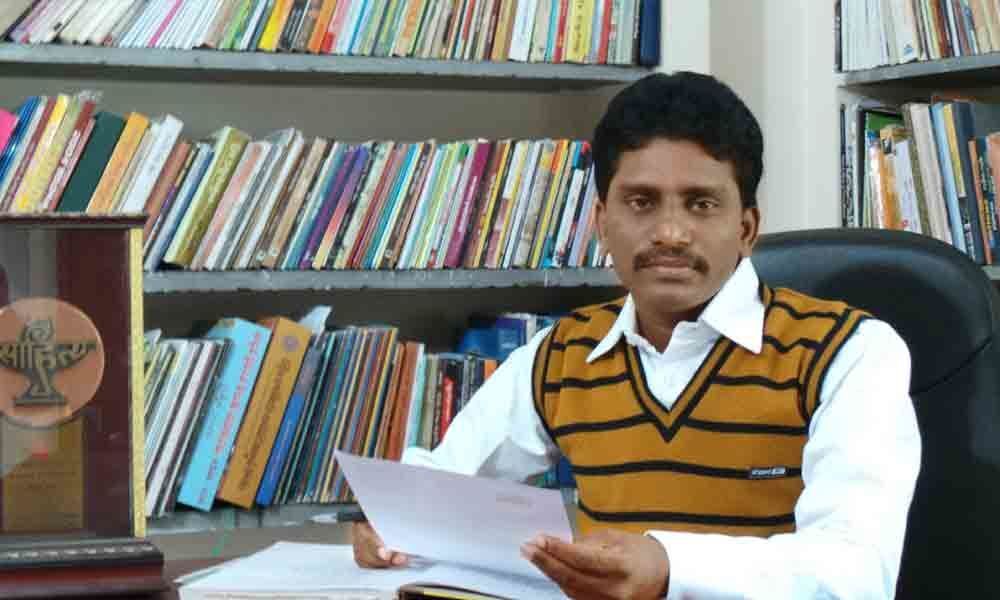 “History never looks like history when you are living through it”. This quote of John W Gardner was the foreword to the book ‘Errachandanam Darilo...

"History never looks like history when you are living through it". This quote of John W Gardner was the foreword to the book 'Errachandanam Darilo Tamila Coolielu' authored by Dr Vempalli Gangadhar, a teacher-turned-writer.

This book is an anthology of 'Red Sandalwood' smuggling incidents that are regular news items for Kadapa and Chittoor district people. 'Errachandanam…' has mainly focussed on the magnitude of the red sanders smuggling and its dent on the diversity of the forest. We all know that red sandalwood scientifically called as 'Pterocarpus Santalinus' and 'Raktha Chandanamu'/ 'Erra Chandanmau' in Telugu.

In past, villages this wood had been used for various purposes for the construction of thatched houses, for making wooden cots, used as a wooden roller for grinding pickles and spicy masalas. However, today the picture is very different; the villagers are frightened to possess even a small piece of red sandal because it has been declared highly offensive according to Bio-Diversity law.

This is one side of the coin, but the red sanders mafia is smuggling the logs that are worth of cores of rupees. It is very ill conceivable that though it has been established that red sandalwood has its intrinsic worth that has been cleverly exploited by the foreign countries, not at all discovered by our prestigious research centres.

The successive governments haven't worked inflexibly to protect this worthy plant from the clutches of smuggling mafia. They are busy with execution of auction to fill their bankrupt treasury with the seized logs.

Dr Gangadhar's book vehemently questions about the endpoint to this exploitation of natural resources. This book has subconsciously revealed how all the systems are involved in this crime instead to prevent; and focused on how Tamil labourers have gained grip over the smuggling of Red Sandalwood and making fearsome attacks on the forest authorities and even killing them brutally. It was a well-known fact these labourers have been used as 'pawns' for the growth of mighty people both politically and financially.

This book gives detailed information about the consequential seizure of the red sanders logs at different places of Nallamala and Seshachalam forests. This book also explains about the smuggling of red sandal logs with the help of flow charts and in which form sandalwood smuggled. The half-decade effort of Dr Gangadhar is reflected in the book and provides a statistical assessment of how fast the extent of red sandalwood is facing threat.